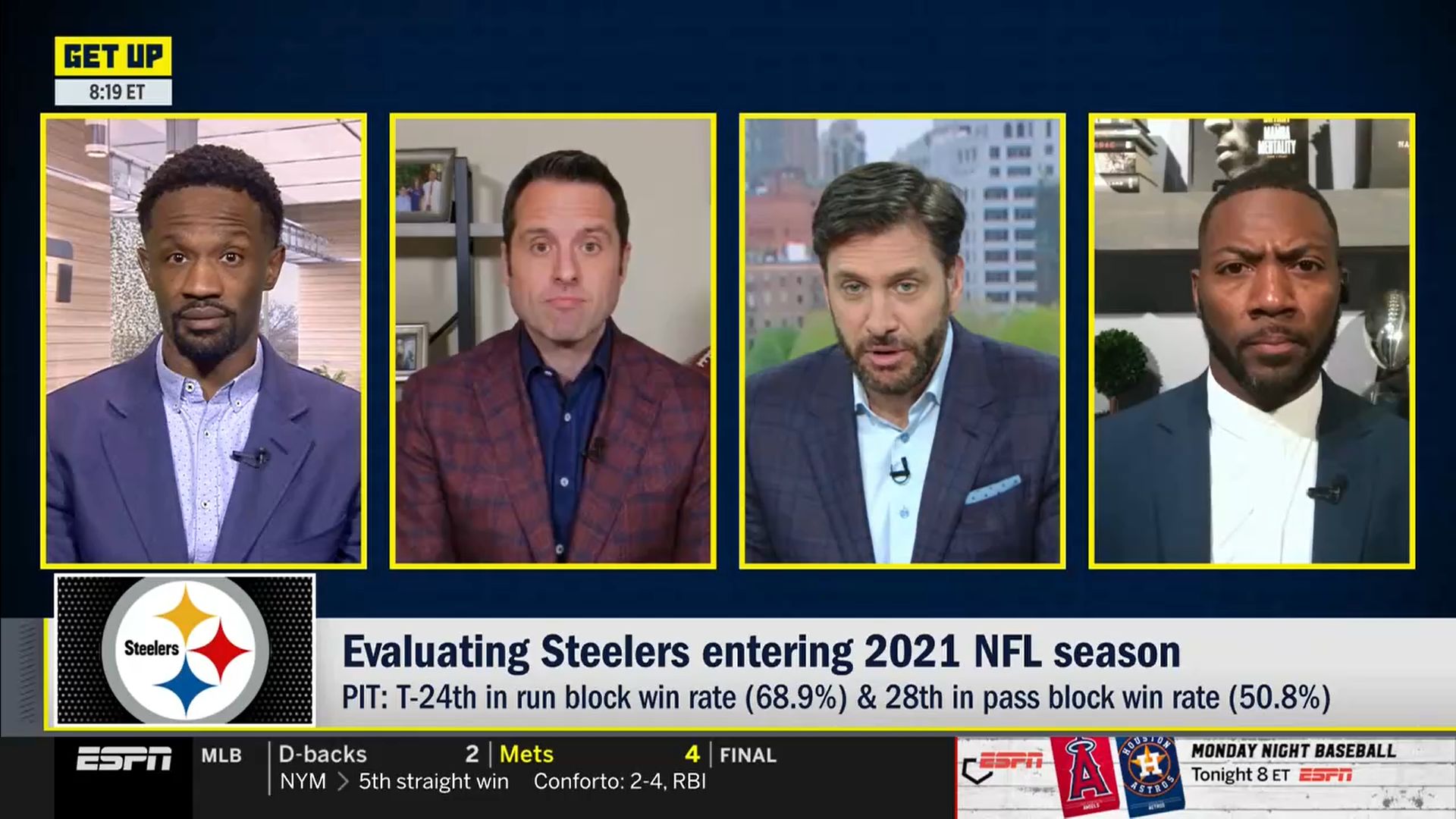 Quite a large group of people have abandoned ship as far as the Pittsburgh Steelers go, as least as far as it concerns the 2021 season, or whatever the last gasps of the Ben Roethlisberger era entails. With the draft being their primary avenue of acquiring talent, perhaps some may have changed their minds by now.

If that is the case, it hasn’t happened over at ESPN, where on a four-member panel on the Get Up program, three of them, including former Steelers safety Ryan Clark, chose Pittsburgh as the AFC team that will fail to return to the playoffs after reaching it a year ago.

“I know this is bad, but listen, I’m gonna go with the Pittsburgh Steeler”, Clark said. “This is Mike Tomlin trying to figure out what he’s going to do with Ben Roethlisberger, what he’s going to do with this run game. Yes, they have an elite-level defense, even with losing Bud Dupree, but to me, they are the third-best team in the AFC North, and being that, they do not make the playoffs, even with seven teams now getting in”.

Roethlisberger’s former teammates really haven’t been shy this offseason about saying publicly that they believe he’s done, particularly when it comes to his former defensive teammates, like Ike Taylor. Others have been more cautious, like Jerome Bettis, but it’s clear that he has never faced this level of doubt before in his career.

Dan Graziano was yet another member of the panel opting for the Steelers as the AFC team who would not return to the postseason this year, emphasizing the strength of the AFC North, which sent three teams to the postseason last year, with two winning games (including one intra-divisional game).

“I don’t see, on paper, now they’re a very good team”, he said. “I know they can lean on Ben Roethlisberger, they can lean on Mike Tomlin, but that’s a lot of leaning, and not a lot of other places to do it, especially in a division where the Cleveland Browns look like a very strong roster, maybe as strong as any in the conference. And the Baltimore Ravens still have Lamar Jackson and a team that we all thought was ready to dominate the league a year ago”.

It certainly doesn’t sound good for the Steelers to tell ESPN tell it, but the good news is that the NFL actually plays games to decide who wins, rather than accepting the prevailing opinion. The Steelers have actually never finished worse than seventh in the AFC under Tomlin before, and frankly I don’t see this being the year that finally happens. There are still plenty of mediocre to bad teams going around.