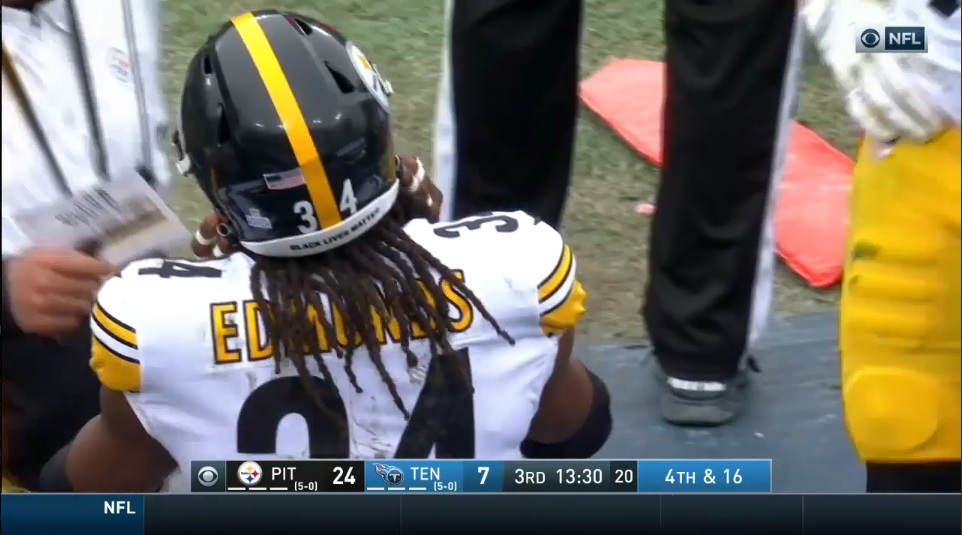 The Pittsburgh Steelers are reportedly declining the fifth year option on safety Terrell Edmunds, per this tweet from NFL Network’s Tom Pelissero.

The #Steelers are declining the fifth-year option on safety Terrell Edmunds, per source.

Pittsburgh drafted Edmunds 28th overall in 2018, a move considered to be a reach at the time. Edmunds struggled early in his career, forced to play immediately, but has steadily improved year-by-year. Still, he’s lacked playmaking ability, recording just three interceptions. Two of them came in one game against the Tennessee Titans last season.

Though the fifth-year option is now guaranteed, the Steelers declining the option is surprising. Most expected the team would pick his up given his progression and the way the team publicly talked about him. He’ll now be a free agent after the season. Pittsburgh doesn’t have a starter-in-waiting on the roster, unless sophomore Antoine Brooks Jr. takes a big step in year two.

The fifth-year option on Edmunds for 2022 was scheduled to be $6,753,000 and would have been fully guaranteed had it been exercised. Since fifth-year options became a thing starting with the 2011 draft class, the Steelers have declined picking them up on just three players – Jarvis Jones, Artie Burns, and now Edmunds.