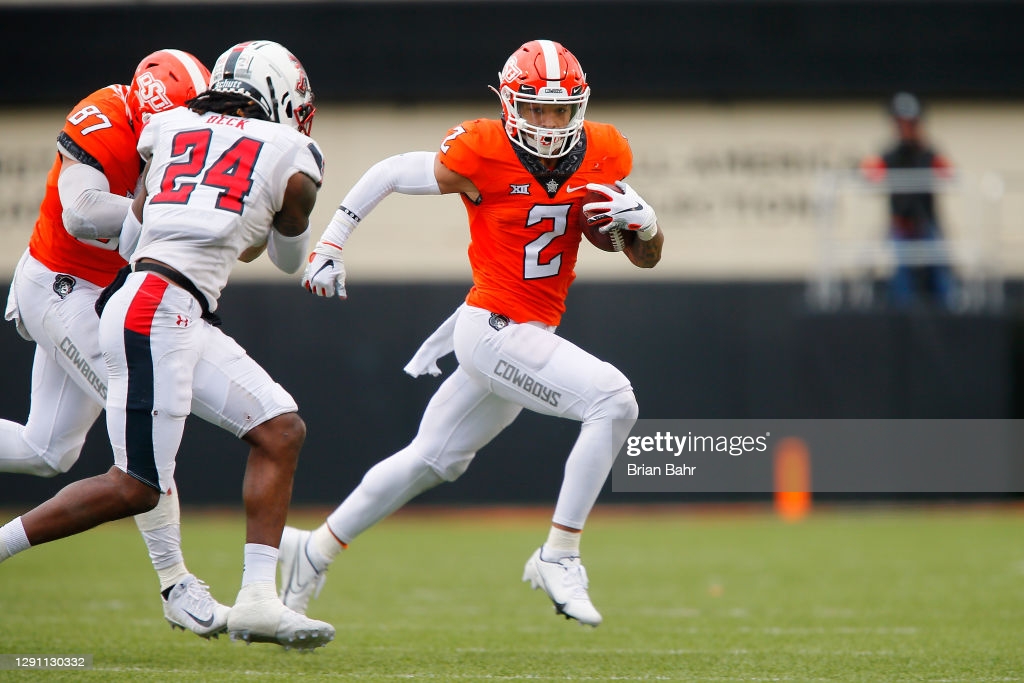 The Baltimore Ravens have not exactly been know for their ability to churn out wide receivers through the NFL Draft. In fact, they really haven’t had a great deal of success in that department. They are hoping to change it with their recent efforts.

Over the course of the past three drafts, they have now drafted six wide receivers, including two in the first round, two in the third, one in the fourth, and one in the sixth. They used first and fourth-round picks in 2021 on Rashod Bateman and Tylan Wallace, respectively, the latter of whom has drawn some comparisons to one former Raven, Steve Smith.

“It means the most to me to be compared to a receiver like that with that caliber”, Wallace told reporters during rookie minicamp. “I’d love to meet him and obviously get to know him a little bit, talk some ball and everything like that. Like I was saying, for me, I think I need to take a few more steps before I can really appreciate that comparison”.

The Carolina Panthers originally drafted Smith in 2001, and he spent 13 years there. After Carolina released him in 2014, he signed with the Ravens, where he would play three more seasons before retiring. He would record 195 receptions for 2,534 yards and 14 touchdowns over 37 games during that time.

Wallace was particularly impactful during his first season in Baltimore, the one year he played 16 games. He recorded 79 receptions for 1,065 yards with six touchdowns, helping return the Ravens to the playoffs, where they would beat the Pittsburgh Steelers in the Wildcard Round 30-17, a game in which Smith caught five passes for 101 yards.

Both Smith and Wallace share the trait of being able to play ‘bigger than their size’, so to speak for the Ravens, though Wallace has three inches, at an even six feet, over Smith in terms of height. Both have a reputation for winning when the ball is in the air and in traffic.

The expectation going into the season is that Brown, Watkins, and Bateman will be their top three wide receivers, but they will have options to rotate in and out with Boykin, Duvernay, and Wallace, assuming that all three actually make the roster.