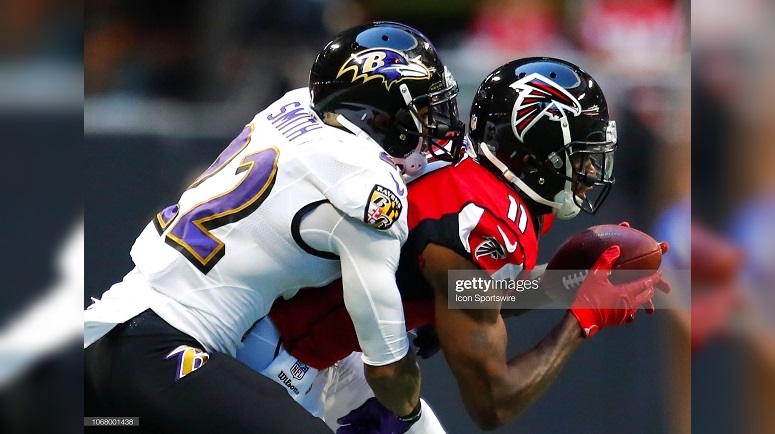 Will the Atlanta Falcons trade wide receiver Julio Jones prior to the start of the 2021 regular season? It certainly sounds like that is possible according to a Friday morning report from Jeff Schultz of The Atlantic. Schultz reported that the Falcons “would like to trade” Jones for a combination of reasons, including the team’s precarious salary cap situation. If the Falcons do trade Jones, the Baltimore Ravens are currently considered the favorites to land the veteran wide receiver.

Julio Jones next team (if traded)

According to odds on BetOnline.ag, the Ravens are listed as the favorites to land Jones at +275, if indeed the Falcons do wind up trading the wide receiver. The San Francisco 49ers (+300) and New England Patriots (+450) are the two teams with the next-best odds after the Ravens.

The Ravens currently have right around $9.3 million in available 2021 salary cap space. With more predictive costs that they will have before the start of the regular season, they would need to clear a lot more room if they have plans to trade for Jones. They could always ask the Falcons to eat some of Jones’ 2021 salary as part of the deal, so we shall see.

Personally, I will be surprised if the Ravens trade for Jones at this point, but stranger things have happened before.