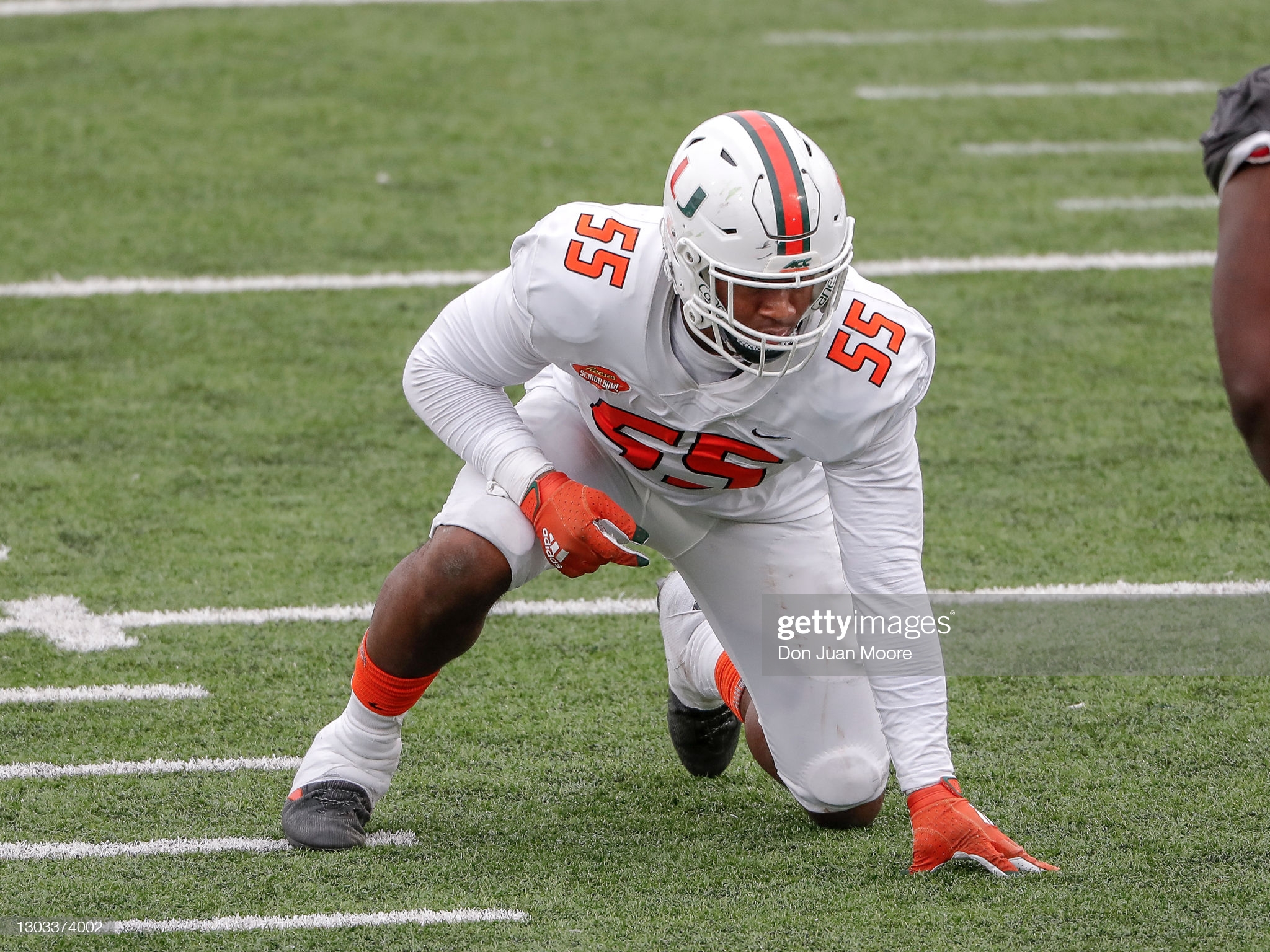 Opinions have been divided, to say the least, as it concerns the Pittsburgh Steelers and their 2021 NFL Draft class. Whether it was drafting a running back in the first round, not drafting an offensive lineman in the first two rounds, finding potential starting linemen in the middle rounds, trading for a lower-ranked defensive lineman in the fifth, drafting a punter, or finding a higher-ranked edge defender in the sixth round, there were plenty of different aspects of this class on which to form an opinion.

As always, Pro Football Focus has many. They gave the Steelers’ class a C overall, and have obviously routinely argued against drafting any running back ever under any circumstances in the first round. They did like Quincy Roche out of Miami/Temple in the sixth round, and in fact labeled him one of the steals of the draft.

As part of an overall article examining the phenomenon of draft ‘steals’ and ‘reaches,’ they provided a list of players that they deemed to be either. Roche was included on the list of steals that also featured the likes of Jeremiah Owusu-Koramoah, Azeez Ojulari, Justin Fields, and Ifeatu Melifonwu, an interesting collection of names to say the least, one of which sticks out more than the rest.

It is worth noting, however, that the article ultimately concludes that draft ‘steals’ rarely ultimately prove to be that. “It turns out that steals actually perform just as expected based on their draft position, and this implies that the big board rank overvalued these players,” Timo Riske writes.

Alternatively, their research shows that players deemed to be reaches typically prove to be reaches, in that they tend to underperform relative to what their draft position would suggest. You can, of course, take it for what it’s worth, and any individual player can buck that trend.

It also really depends on your frame of reference. Pro Football Focus listed Najee Harris and Travis Etienne as two of the biggest reached in the first round of the draft. This rests under the assumption that a running back in the first round is always a reach, which is not a universally held opinion, even though they made it clear that they believed Harris was the best back.

The site dubbed Justin Layne a draft steal in 2019 when the Steelers picked him up in the third round. So far, he has about 100 defensive snaps since then and an arrest. Of course, the latter factor is irrelevant to the analysis. But he clearly was not the instant impact player they thought he would be.

And there are always the players who end up being steals that nobody really seemed to be in on at the time. I don’t recall anybody calling Antonio Brown a steal in the sixth round back in 2010, for example. Who knows, maybe Isaiahh Loudermilk will end up being a steal, if we use the metric of their performance versus their projected draft position.