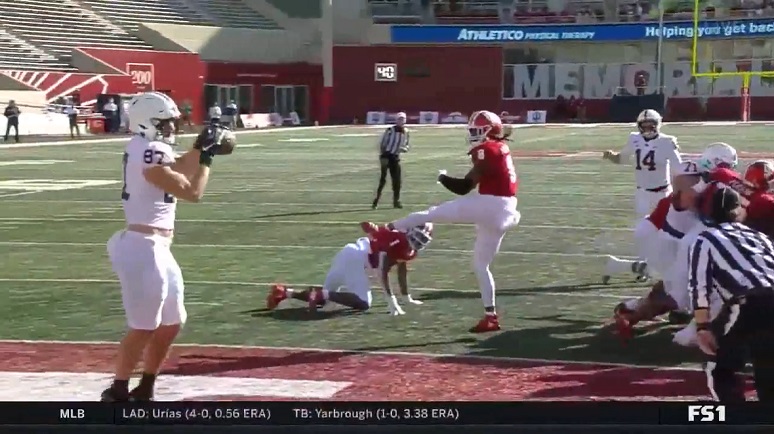 Will the Pittsburgh Steelers be a top 5 red zone team in 2021 after finishing 11th overall in that category in 2020? Time will certainly tell if they will be. It is undoubtedly the hope they have, especially with Matt Canada now installed as the team’s new offensive coordinator. Additionally, the Steelers spent their first two 2021 draft picks on skill position players in running back Najee Harris and tight end Pat Freiermuth. Both should help the offense out in several areas, especially inside the red zone.

While most of the attention has been on Harris since the draft ended, and with good reason, Freiermuth also figures to contribute quite a bit during his 2021 rookie season, especially inside the red zone, where he was great his entire college career at Penn State. In fact, while a shoulder injury limited Freiermuth to just four games in 2020, he still graded highest (86.8) among power five tight end inside the red zone last season, according to Pro Football Focus.

While that listed PFF tweet doesn’t add much context to back up the grade given to Freiermuth, a previous tweet of theirs from April indicates that the former Penn State tight end had the highest career grade in the redzone from draft-eligible pass-catchers (92.5).

This is the part of the post where I point out that Freiermuth never dropped a pass inside the redzone in his three seasons at Penn State. The young tight end was asked about that factoid during the team’s rookie minicamp weekend.

“Yeah, that’s true. Never dropped a pass in the red zone”, Freiermuth said when asked about the aforementioned pre-draft statistic that was floating around, answering reporters’ questions after practice. “That’s where plays are there for the taking, and you get very limited opportunities down there, so I got my number called and I wanted to make the most of it. The red zone is the time to lock in and score some points and get touchdowns.”

So, just how good was Freiermuth as a pass target during his Penn State career? In total, the Steelers’ new tight end registered 19 receptions for 199 yards and 13 touchdowns in the redzone (Opp 20 To 1-Yd. Line) while at Penn State.

With this touchdown he breaks a program record for most TDs by a Tight End 👏👏 pic.twitter.com/M8dsUuO9x0