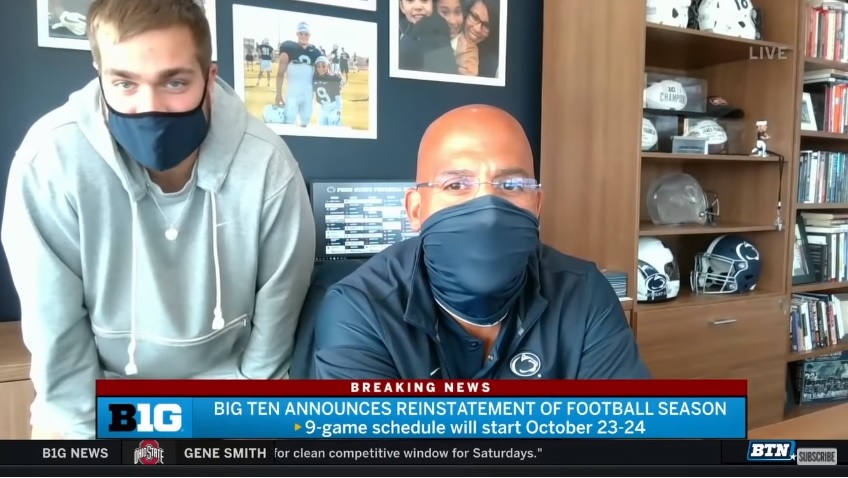 Yes, Penn State head coach James Franklin is just a bit biased when it comes to evaluating new Pittsburgh Steelers’ tight end Pat Freiermuth, now a Nittany Lion alum. But it’s certainly still worth listening to Franklin’s scouting report on who the Steelers are getting with their second-round pick.

According to Franklin, who spoke with Steelers.com’s Teresa Varley, above all, Pittsburgh is getting a hard worker who loves the sport.

In the past few weeks, Freiermuth has cited his high school coaches, both of whom coached in college, for instilling that dirty-work attitude. Freiermuth was used as a traditional, in-line tight end in high school and at Penn State, something that’s becoming a dying breed in the wide-open passing game that exists at those levels. It’s definitely one thing that attracted the Steelers to him, the chance to select a well-rounded tight end who can block and improve the run game.

In his Penn State career, Freiermuth caught 92 passes for nearly 1,200 yards and 16 touchdowns. A shoulder injury limited him to just four games in 2020.

Franklin said he was ecstatic when the Steelers made the pick. And told Mike Tomlin as much.

“Coach (Mike) Tomlin hit me up right before it got announced and told me we just took your guy. I told him the same thing. Your locker room just got better. Your culture and your team just got better. Not that the Steelers culture needs help, but guys like Pat, they continue to build on the foundation that is there.”

Pittsburgh’s pre-draft interest in Freiermuth was obvious and cemented during his Pro Day workout. Tomlin, Kevin Colbert, and TEs Coach Alfredo Roberts attended, with Roberts putting Freiermuth through drills. He was one of the prospects who “felt” like a Steeler. Hearing his name announced at pick #55 was almost expected.

Freiermuth is slated to begin his Steelers’ career as the team’s backup tight end behind Eric Ebron. Though obviously both could be on the field together in 12 personnel. With Ebron set to hit free agency once his contract voids next offseason, Freiermuth could be the full-time starter by 2022. If Franklin’s endorsement is any indication, the Steelers will have a long-time face of the position.