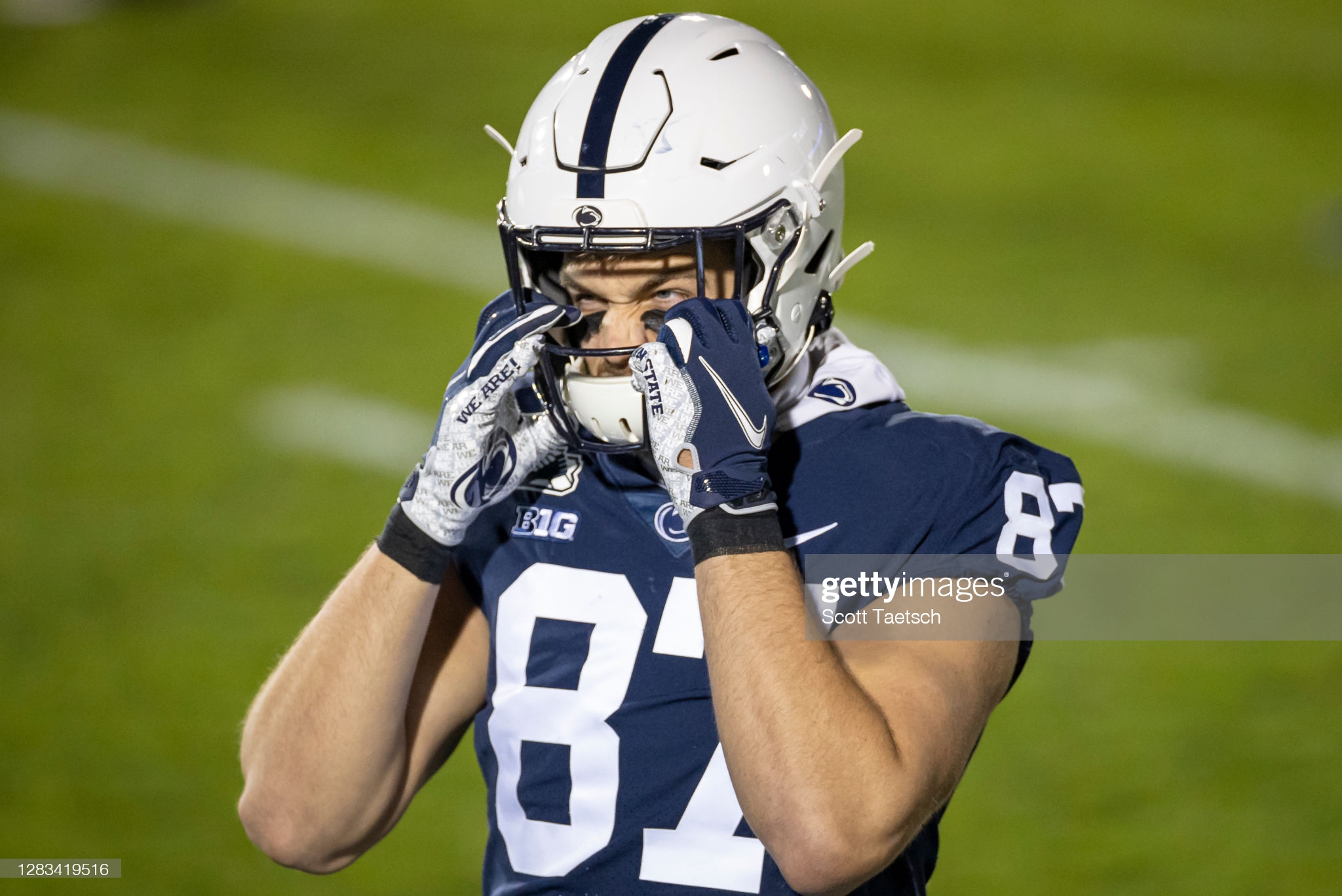 While Pittsburgh Steelers fans were frustrated that the name announced by Franco Harris last Friday was not an offensive lineman, they did get something that they’ve long clamored for, which is another old-school tight end. Penn State’s Pat Freiermuth, their second-round draft pick, screams just that.

He talked about modeling his game off of a more traditional tight end role within an offense, which has a much bigger component in the blocking scheme, in contrast to the Travis Kelces of today’s offenses, who are, by and large, big receivers.

“I’m just kind of throwing it back to being able to do anything, not just being that one-dimensional tight end,” he told Missi Matthews in an interview for the team’s website this past week. “Just being a three-phase tight end, where I can run block, catch the ball, and pass protect. Just bringing that grittiness back out. I like to be physical when I go out there and play football, so I’m just kind of bringing that back out and throwing it back to an old tight end.”

The Steelers did have that in Vance McDonald — at least for one season, in 2018, which marked the highlight of his career. First acquired the year before via draft, he caught 50 passes that season for 610 yards and four touchdowns, while also being a strong blocker. His role shifted more to blocking after that, particularly last season.

Their top tight end now is Eric Ebron, signed as an unrestricted free agent last year. He is very much in the Kelce mold, with last year showing that he really isn’t much of a blocker. He admitted last offseason that he was being asked to do blocking drills in Pittsburgh that he hadn’t done with other teams since coming into the NFL.

Freiermuth is not coming in immediately gunning for his job, but there are no guarantees that Ebron will be back in Pittsburgh in 2022 after his contract expires. The team revisited his deal this offseason to free up cap space, adding void years, which will be automatically triggered sometime between the end of the Super Bowl and the start of the new league year.

The Steelers would love to have a complete tight end who can be their number one guy. While he’s not destined for superstardom of George Kittle levels, he does have the talent to be an 800-snap guy in the long run. He’ll have to demonstrate that on the field first.