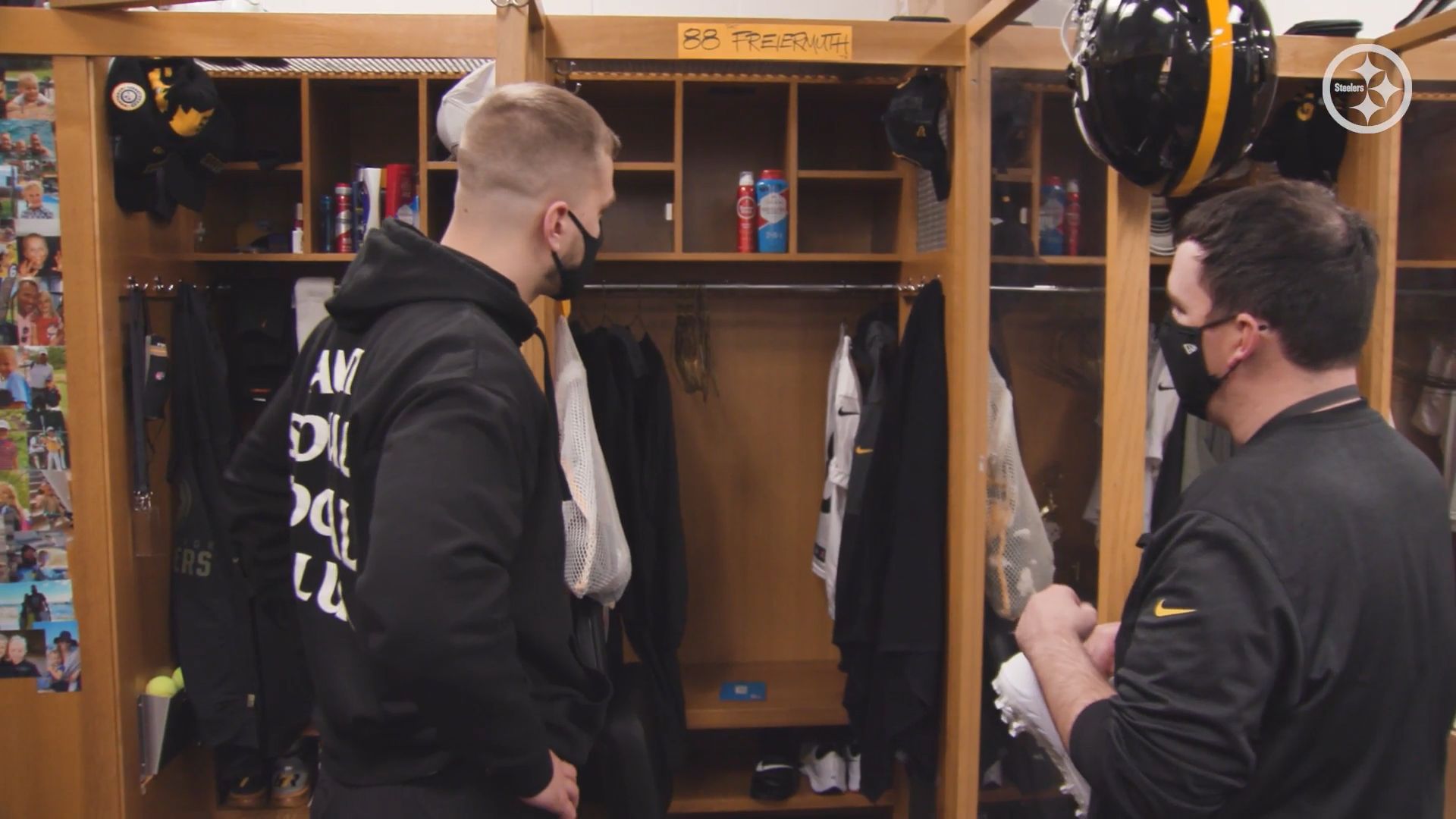 As was the case last year, the 2021 NFL Draft process was a little different from the norm, and a little less personal. Last year, as the COVID-19 pandemic was beginning to unfold on our shores, the vast majority of Pro Days were cancelled, as were pre-draft visits. This year, they at least got to go to Pro Days, but with limited attendance.

That meant that teams had to be more selective than ever about who they sent to represent their clubs. If there’s a center you want to get a good look at, you better send your offensive line coach. If you’re looking at a tight end, you need your man there.

That’s what the Pittsburgh Steelers did, in both cases. Tight ends coach Alfredo Roberts, for example, was one of the three from Pittsburgh who made the trip to Penn State’s Pro Day, during which they got a good, long look at their new second-round pick, tight end Pat Freiermuth, who said that early relationship-building was valuable.

“It means a lot because when he worked me out at my pro day we started building that relationship, getting a feel of what he expects, how he does drills and stuff”, Teresa Varley quotes him as saying for the team’s website, as rookies showed up to the UPMC Rooney Sports Complex yesterday. “Just having that background of knowing what he likes to do and how he rolls, eased my mind in the process and I feel good about having him as my coach”.

Freiermuth isn’t alone in being a new face, of course. Roberts is also in his first season with the Steelers, having come over from the Los Angeles Chargers to replace James Daniel. Daniel elected to retire following the 2020 season after having spent the past 17 years in Pittsburgh.

“The energy he exudes, he is a serious but fun guy”, Roberts said of Freiermuth from their time spent together at his Pro Day, after he was selected. “He has some position flexibility. He will be kind of a throwback tight end because he can play the position and do some multiple things. You can flex him out. His positional flexibility is going to give us a chance to do a lot of different things and a lot of different sets with the guys that are already here”.

The rookie comes in without the burden of having to step into the spotlight right away. The Steelers still have Eric Ebron at tight end, who will function as their primary receiving option at the position. Freiermuth will be expected over time to be able to do anything and everything, and play 900-plus snaps a season the way Heath Miller did.