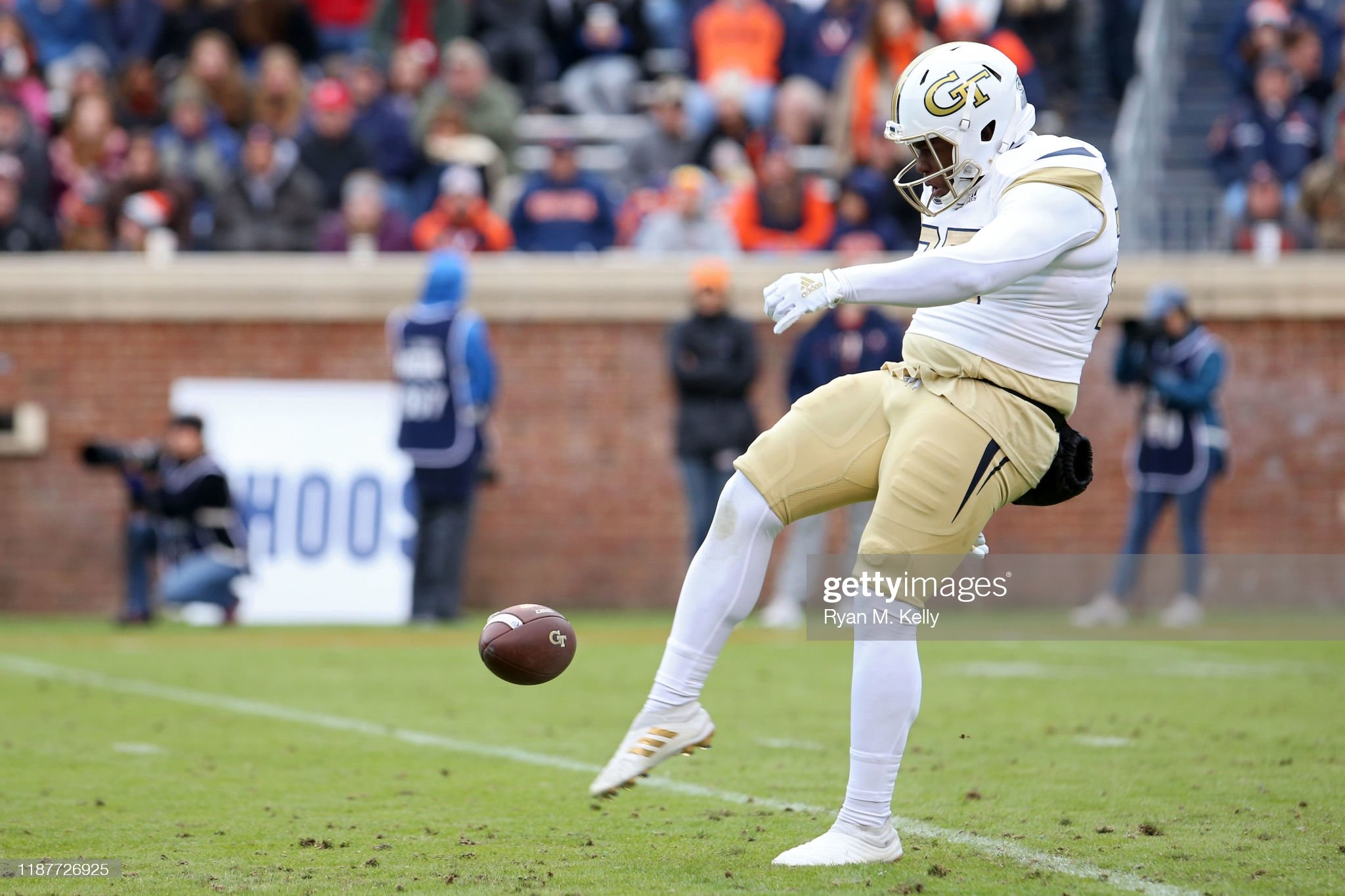 With the 254th pick of the 2021 NFL Draft (27th in the seventh round), the Pittsburgh Steelers selected Georgia Tech punter Pressley Harvin III, the only punter (and one of only four specialists) chosen with a pick in the 2021 NFL Draft. Here is an introduction to the Steelers’ new leg.

Hailing from Alcolu, South Carolina, Harvin was a pure punter for the Sumter Fighting Gamecocks in high school, earning his place on two all-state teams while playing on a state runner-up team as a sophomore. Harvin has the best punting average in South Carolina as both a junior and senior.

Harvin was a three-star prospect who committed to the Yellow Jackets, ranked as one of the five best high school punting recruits in the nation and participating in multiple high school showcase games before beginning his collegiate career.

Off the field, Harvin was a noted musician, sitting in first chair on multiple occasions for region band.

Harvin III immediately stepped in as Tech’s top punter, finishing second in the ACC in punting average as a true freshman in 2017 and setting a new Georgia Tech freshman record while being named a freshman All-American and to the All-ACC third team. His average ranked 16th in FBS.

Harvin failed to qualify for NCAA statistical leaders in 2018 due to a shortage of punts, but improved his season average and would have again ranked among the top 20 in FBS in average. Despite a lack of kicks, Harvin was still selected to the All-ACC second team. Prior to the season, he was chosen to the Ray Guy Watch List.

Harvin’s 2019 season was almost a perfect mirror to his prior two years with the Yellow Jackets. His average for the third straight year was fifth all-time in Tech history and ranked 17th in the NCAA, while being a slight increase on his prior year’s mark. His cumulative season total for yardage ranked third all-time in school history, as did his total number of punts during the season. Once again, Harvin was named to the Ray Guy Watch List.

Harvin’s final season was his best won and featured multiple breakthroughs. He added several yards to his punt average, leading the entire nation with a total that set records both for Georgia Tech and for the entire ACC. Harvin made it beyond the Watch List for the Ray Guy Award, becoming the first African American to win the award in its history and the second Georgia Tech player to ever win it. Harvin was named a unanimous All-American, the third player in Tech history to earn that honor, and was chosen to the All-ACC first team.

Norwood appeared in the maximum possible 39 games during his three healthy seasons at Oklahoma, starting 24 games during that time. Here are his stat lines from those years:

Unlike most Day 3 selections, Pittsburgh was very much linked to Harvin III throughout the pre-draft process. The team and Harvin were connected several times prior to the end of April, the most notable being when the team sent special teams coordinator Danny Smith to Georgia Tech’s Pro Day to work Harvin out.

Pressley Harvin’s role with the Steelers is as obvious as it gets thanks to the draft pick used to get him: He’s there to unseat Jordan Berry and take over the job as the team’s punter. That is the only reason an actual draft pick, even in the late seventh, gets used on a special-teamer.

With a booming leg, Harvin should be seen as the big favorite to win the punting job out of camp. Not just because of the tangible draft capital used on him, but because Berry was already cut once before, and brought back only when his replacement last season failed to perform to expectations. How long he stays in Pittsburgh will be entirely up to him, and how well he kicks relative to the rest of the league, and his predecessor, Berry.

Our own Alex Kozora profiled Harvin as part of his extensive work scouting the 2021 punting class. He said Harvin could be a good punter in the NFL with more consistency, but did not recommend using a pick on him.