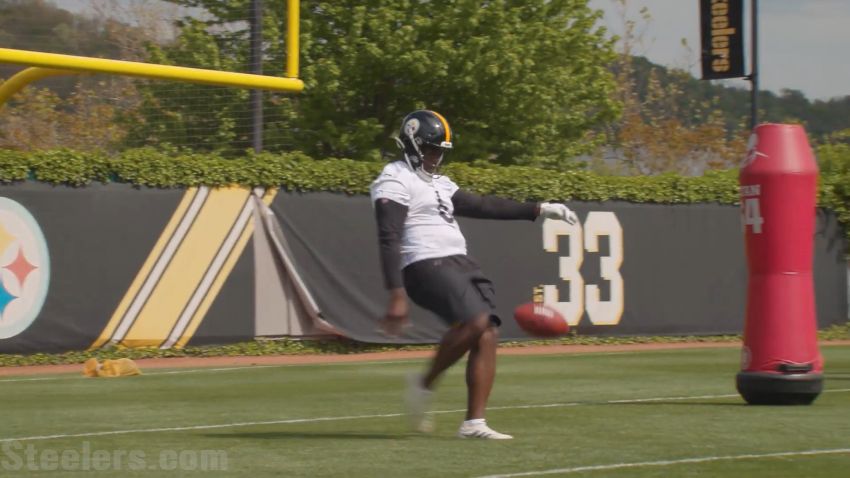 The special teams coordinator often appears to go overlooked when it comes to discussing coaching staffs, even though he represents one third of any given team’s coordinator positions. That is directly tied to the devaluing of the special teams aspect of the game that we see all the time, even from reporters, until special teams suddenly and dramatically becomes very relevant in a game.

Just ask Danny Smith, the Pittsburgh Steelers’ defensive coordinator, who has frankly presided over a number of highs and lows over the course of his tenure, from orchestrating fake-field goal touchdown passes to allowing multiple safety kicks to be recovered by the kicking team, which every time I think about simply leaves me astonished.

I am not in the least bit surprised that he was intimately involved not only in the drafting but in the pre-draft process of the Steelers’ newest punter, Pressley Harvin III, whom the team drafted in the seventh round earlier this month.

“Coach Danny Smith actually ran my Pro Day”, he told reporters yesterday following the opening day of rookie minicamp. “He was actually a coach at Georgia Tech, too, back when we won the 1990-1 championship there. So he had ties a Georgia Tech, and I knew that ahead of time. When they got there, talking to me a little bit before the Pro Day, he told me he was probably going to be the one running it”.

Smith was on the staff from 1987 through 1994, during which time he served as running backs coach, wide receivers coach, and defensive backs coach. They won the Citrus Bowl in 1990 and then the Aloha Bowl in 1991 during his time there, back when it actually meant something to be invited to a bowl. That was his final post before making the jump to the NFL.

“It meant a lot to me, especially a guy that already went to Georgia Tech and coached there, came through the ranks, who knows this organization, now in the NFL, like the back of his hand”, Harvin said to have Smith running his Pro Day. “It meant a lot to me for him to be able to be there and step through this process”.

And now, of course, he’s his coach, marking just the second specialist the Steelers have drafted since hiring Smith in 2013. The first one, long snapper Colin Holba, did not make the team, though he has found jobs elsewhere.

Harvin’s task is to unseat incumbent Jordan Berry, who has spent the past six years in Pittsburgh. But the Steelers did release him prior to the opening game last year, briefly replacing him with Dustin Colquitt before they let him go and brought Berry back.