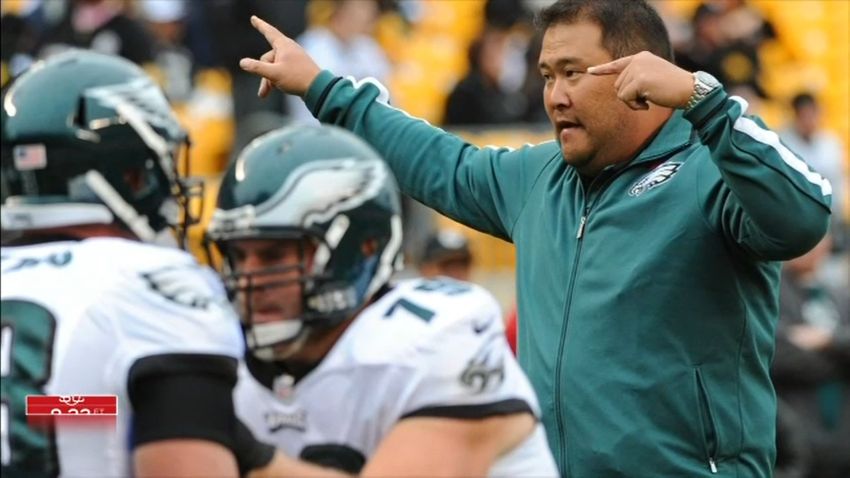 Eugene Change was a first-round draft pick of the New England Patriots in 1992. He had an eight-year playing career, starting 30 of 55 games for which he dressed, with all of his starts coming during his first two seasons. After retiring in 2000 as a member of the Philadelphia Eagles’ practice squad, he would return to the team a decade later as a coach.

That is what he spent the next decade doing, serving as an assistant offensive line coach for the Eagles from 2010-12 and 2016-19, plus three years with the Kansas City Chiefs in between (when he followed Andy Reid out to the Midwest).

Chung recently claimed that during his latest round of interviews for jobs in the NFL, he was told by one interviewer that he was “not the right minority we’re looking for”. Despite that, he says that the information about that individual’s identity, and team, will “go with me to the grave”, even after the NFL contacted him in conjunction with an investigation into the claim.

“I’m not looking to shame anybody, I’m not looking to call anyone out, or name names”, he told ESPN, asking what good would come from it. “I really don’t think he was saying it in a discriminatory or malicious way; it was matter-of-fact”, he added.

But it actually was not a matter of fact. The comment presumably refers to the Rooney Rule, which recently expanded to include the potential for teams to benefit in the form of compensatory draft picks if they lose minority coaches or executives to other teams for head coach or general manager (or equivalent) roles.

That is not limited to African-American minorities, but all ethnic minorities, including those of Asian descent, and likewise, the interviewing of any minority would fulfill the Rooney Rule obligations, so the remark implying he would be a potential token here is inaccurate.

Chung did say that he was told by the interview the team in question did not view him as a minority, which is baffling, though it was at that point that he was apparently told he was not the ‘right’ minority, telling the Boston Globe that he was “blown away” and “emotionally paralyzed for a split second” but the candidness of the remark.

“I don’t feel like I’m causing trouble, I’m just bringing information to light”, he told ESPN about why he came forward with the remark, despite not wanting to seek accountability. The comment was condemned by the Fritz Pollard Alliance, which helps monitor compliance with the Rooney Rule and offers teams lists of qualified minority candidates.

While the Rooney Rule may require teams to interview a certain number of candidates who have a minority background as they attempt to fill a vacancy, I hope I can speak for all when I say that one’s race need not become a subject in the middle of the interview. Once you’re in the door, it’s all about football and whether or not you’re qualified to do the job.