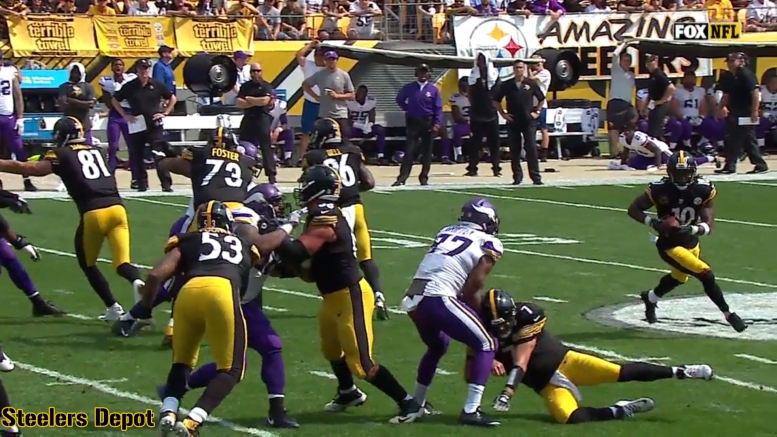 The NFL is conducting owners meetings this week. While we haven’t gotten many details from it just yet, it was reported that one rule change was approved that will seek to restrict blocking below the waist for both offensive and defensive players, as always, in the name of player safety.

Amending Rule 3, Article 4, the rule for prohibitions of blocking below the waist has been extended to an area now defined as the ‘Tight End Box’, which is broader than the traditionally-known Tackle Box. The Tackle Box extends to the furthest point of either tackle and three yards either way beyond the line of scrimmage. The Tight End Box extends “two yards beyond the normal tackle positions” and extends five yards either way beyond the line.

Put simply, players can no longer block below the waist outside of this area of the field in any context, unless the player is the ballcarrier or is attempting to catch a pass. It is just another one of a long list of prohibited forms of blocks.

The effect of the rule change is described as the following: “Expands the prohibition against blocking below the waist by offensive and defensive players on scrimmage downs when contact occurs beyond five yards on either side of the line of scrimmage and more than two yards outside of either offensive tackle”.

Personally speaking, I really don’t know how frequently blocking below the waist occurs in the contexts referenced, so it’s hard to say how much of an impact this change will conceivably have. But it could help prevent the rare dangerous play on which we’ve seen players get injured. Particularly players not accustomed to be in a position of getting blocked with their head turned to the blocker.

There are other changes and matters that the owners were slated to discuss during this time. Perhaps we will learn more over the course of the coming days. But the biggest change we will see this season has already happened, which was the expansion of the regular season to 17 games.