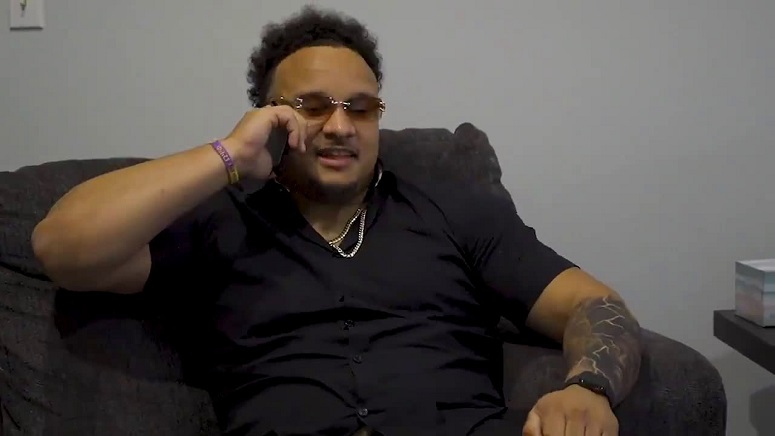 By now, you have probably already seen the video of former Illinois center Kendrick Green receiving the phone call from Pittsburgh Steelers head coach Mike Tomlin that the team was going to select him in the third round of the 2021 NFL Draft. What you probably won’t ever see is the video of Green getting a Sunday phone call from Steelers quarterback Ben Roethlisberger. That call from Roethlisberger apparently came right after the Steelers’ newly-drafted offensive lineman had awoken from a Sunday nap.

“I answer the phone and he’s like, ‘Hey, it’s Ben Roethlisberger,’ and I’m just talking it up to him,” Green said of the Steelers longtime starting quarterback, according to Colin Likas of The News Gazette. “I told him, ‘As long as I can remember, you’ve been the quarterback for the Steelers.’ And he’s like, ‘Yeah, way to make me feel old.'”

That’s quite a funny story and a moment that Green isn’t likely to forget real soon. It’s not surprising that Roethlisberger made a phone call Green, either, because he could potentially wind up being Roethlisberger’s last starting center of his NFL career. While Green mostly played left guard during his college career at Illinois, he played just enough at center the last two seasons that the Steelers seemingly drafted him on Friday to be their new center.

While Green will likely open training camp behind center B.J. Finney on the team’s depth chart, the Illinois product sounds determined to win the starting job come Week 1 of his 2021 rookie season.

“I plan on trying to take the job right away,” Green said, according to Likas. “I’m going to go in and compete. They’ve got some older guys that have been in the league for a little bit there at that position. Kind of surreal, to be honest, but I’m ready to do it.”

While Green certainly isn’t a polished center coming out of college, new Steelers offensive line coach Adrian Klemm doesn’t seem to think his inexperience at the position is all that big of deal.

“I don’t think anybody’s really polished,” Klemm said of Green after the Steelers had selected him on Friday. “Everybody needs to get better as they progress. Even guys that are at this level already. Some people look at it as a negative, but I look at it as a positive because he’s been able to play guard and center, in some cases in the same game, I think his understanding for O-line play is as a whole is further ahead than most other guys playing one position their whole career.”

Green is next expected to take part in the Steelers’ rookie minicamp in May. Ahead of that, he’ll likely be in Pittsburgh getting ready for the event. I would imagine that sometime in the next few weeks he might get more than just a phone call from Roethlisberger as well, as the two are likely to meet for the first time in person.

In the meantime, however, Green sounds like he has the perfect attitude upon waiting to get to get started with the Steelers and he really sounds glad that the draft process is now behind him as well.

“It was pretty nerve-racking, to be honest, but obviously it ended up working out well,” Green said. “I just want to prove to the Pittsburgh Steelers that they made the right choice.”