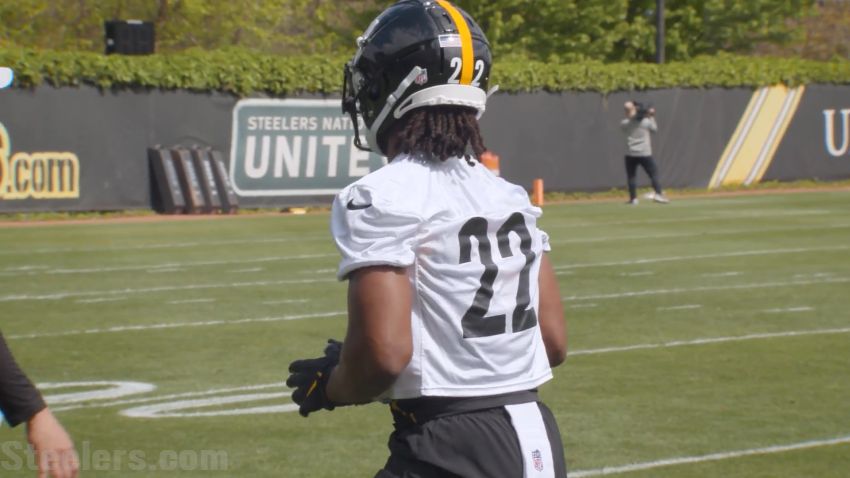 Without taking a single NFL snap, Najee Harris has already cracked the top 20 of top NFL running backs. And with the rookie season he’s expected to have, Harris should move up those charts in short order. Pro Football Focus’ Sam Monson ranked the top 32 running backs for the 2021 season. Harris was the top rookie, coming in 20th place.

“Ranking rookies is always a tough ask without any real knowledge of how they will perform at the next level. Harris is a complete back who can be a force in the passing game as well as on the ground, and he could get a huge workload as the Steelers look to justify their pick and rejuvenate their run game. Harris averaged 3.7 yards after contact per carry in college.”

A fair assessment through and through. That last stat might be the most crucial one. Harris’ yards after contact could prove important behind a Steelers’ offensive line with more questions than answers. The only returning starter from two years ago is RG David DeCastro. Since 2019, the team has found a new left tackle (likely Chukwuma Okorafor), left guard (Kevin Dotson) center (B.J. Finney or Kendrick Green) and right tackle (Zach Banner). A change was likely needed up front, but it’s hard to gauge how much better this new front five will be under new head offensive line coach Adrian Klemm and offensive coordinator Matt Canada.

There’s no question the Steelers will ask Harris to lead their backfield immediately. So it shouldn’t take long for the team – and for us on the outside – to find out what they have in him. As discussed on today’s The Terrible Podcast, it’s more likely than not Harris will eclipse the 300+ touch mark. Should he do so, he’ll be the first rookie to reach that number since Saquon Barkley did in 2018.

Harris was the top rookie on the list but he wasn’t the only one. PFF ranked Jacksonville’s Travis Etienne 23rd, with Denver’s Javonte Williams one spot behind at 24th. Harris’ placement came one spot ahead of Tony Pollard and one spot behind Miles Sanders. With a strong rookie season, he should easily climb into the top 15 and make a case for top 10 billing, too.

The top running back on PFF’s list is Tennessee’s Derrick Henry. The top back in the AFC North is unsurprisingly Cleveland’s Nick Chubb at #4. Rounding out the bottom of the list is Houston’s Mark Ingram, who the team for some reason signed this offseason.