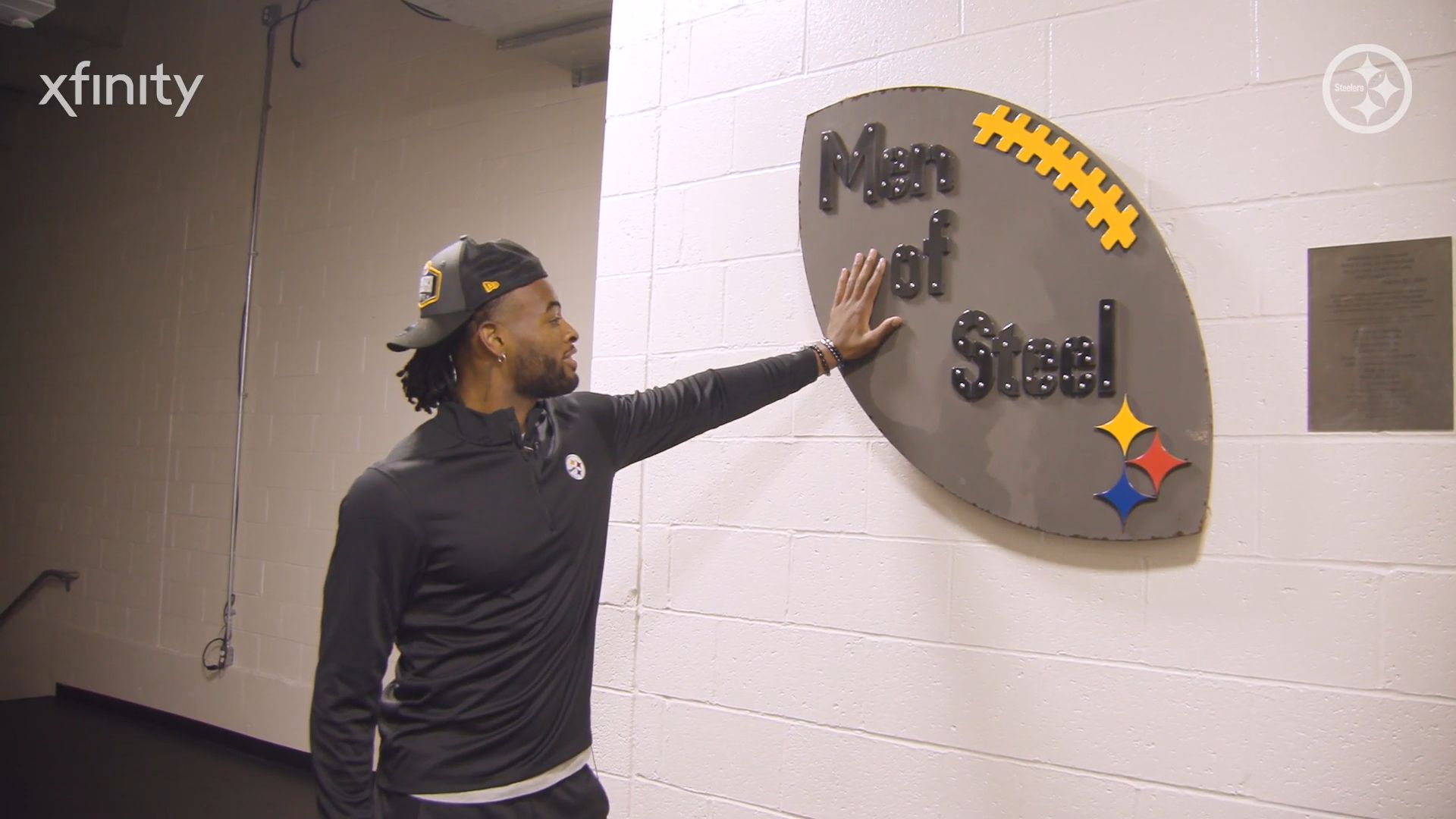 He may not have been the exact top player on their actual draft board, but it certainly seems as though Alabama running back Najee Harris was the prospect the Pittsburgh Steelers were most reasonably hoping they would have a shot at drafting at 24. It sounds as though Harris was aiming toward the same idea.

His arrival into Pittsburgh covered a lot of territory in the latest episode of The Standard, the team-produced documentary of the Steelers’ offseason and draft process. During his bus ride from the airport into the city, he let it be known that the feeling was mutual all along.

“Us as an organization, my team was all hoping for Pittsburgh. I personally thought it would be a good fit for me, how good Coach Tomlin is and just the people there and stuff like that”, he said, regarding the pre-draft process. “I mean, I followed the 9ers because I’m from the Bay, and the Steelers because I like watching the Steelers, for like 5-6 years now. It’s crazy that I’m actually a part of the team I was watching. It worked out”.

After spending most of the day participating in a charity event, Harris gathered with a small group of people to watch the draft, hoping that he would be drafted that first night, though unsure it would happen. Baltimore Ravens cornerback Marcus Peters was among those there, having grown up in the same area and grown close to his new division rival.

“I was with Marcus Peters, and he was telling me, he’s like, ‘bro, you’re about to go to the Steelers, watch’”, Harris said, recounting a story he relayed as it happened during his post-selection conference call with the media. “He was next to me, and my agent, and he was like, they’re gonna call you anytime soon. And literally when he said that, my phone rings”.

And the next voice he hears is Mike Tomlin, telling him, “you know who this is”. About seven hours later, he’s on a flight to Pittsburgh, his new home for…well, I suppose we don’t know quite how long yet, but hopefully for quite a long time, if not for the rest of his life.

Harris was universally regarded as one of the top backs in this draft class, if not the best. I do think it’s fair to say that he was the cleanest, safest prospect in terms of predicting long-term sustainable success and durability, and I’m sure that’s one quality the Steelers were attracted to in him.

Pittsburgh, of course, has a crisis of sorts as it concerns the run game, and they’re looking to turn over every leaf for answers, substantially flipping the personnel, the coaching staff, and even the offense and scheme, hoping for answers. Harris has to be the exclamation point at the end of these efforts.