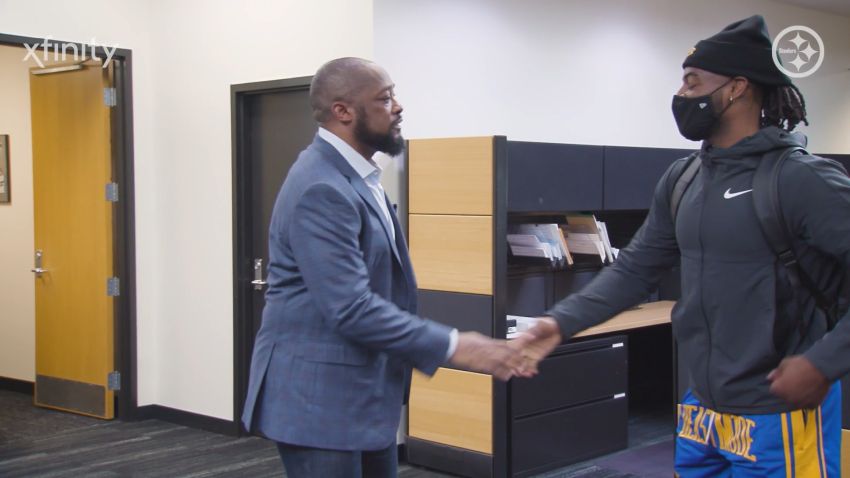 Pittsburgh Steelers head coach Mike Tomlin has occasionally pushed back against being described as a ‘player’s coach’, but it was never because it wasn’t true. Really, it’s something that he considers to be a fundamental requirement of the job, and it’s long been the case that he generates a certain type of energy that makes players gravitate toward him.

It happens year after year, and 2021 is no different. Steelers first-round pick Najee Harris has already experienced this through his early interactions with Tomlin, as he told reporters after practice yesterday, saying that Tomlin seems to be a real people person.

“He really takes time out of his day to really get to know the players that he’s drafted, and who he has. He really looks out for the best, and really cares about the players”, the running back said. “You could tell just by the way he even comes in the locker room and chops it up with people. He always has a ball of energy, so a lot of people just feed off of that. He’s somebody that it’s easy to want to play for, because he’s just such a likeable person”.

He is a likeable person—to most. But sometimes, particularly during times that his team is struggling, his demeanor is seen as a façade, a string of cliches and empty gestures, which is why people like Terry Bradshaw have come out and called him a cheerleader.

There is very little of the coaching process that we get to see for ourselves, not being behind closed doors, but that lack of access, paired with a bold personality, has a tendency to make some people assume that that’s all you are. Even if some of the same people who make that accusation also say that he’s been running the defense for years, even though he’s ‘not an Xs and Os guy’.

Whatever he may not be notwithstanding, it’s long been accepted that Tomlin is good at working with players, and places a high priority on interpersonal relationships and trying to figure out what each individual person needs in order to motivate them and get the most out of them.

Given the amount of change that is going on, not just on the roster but also in the coaching staff, his personality is going to have to carry even more weight, particularly during what may continue to be a more virtually-oriented offseason, which makes internal leadership more difficult to form, or to present.