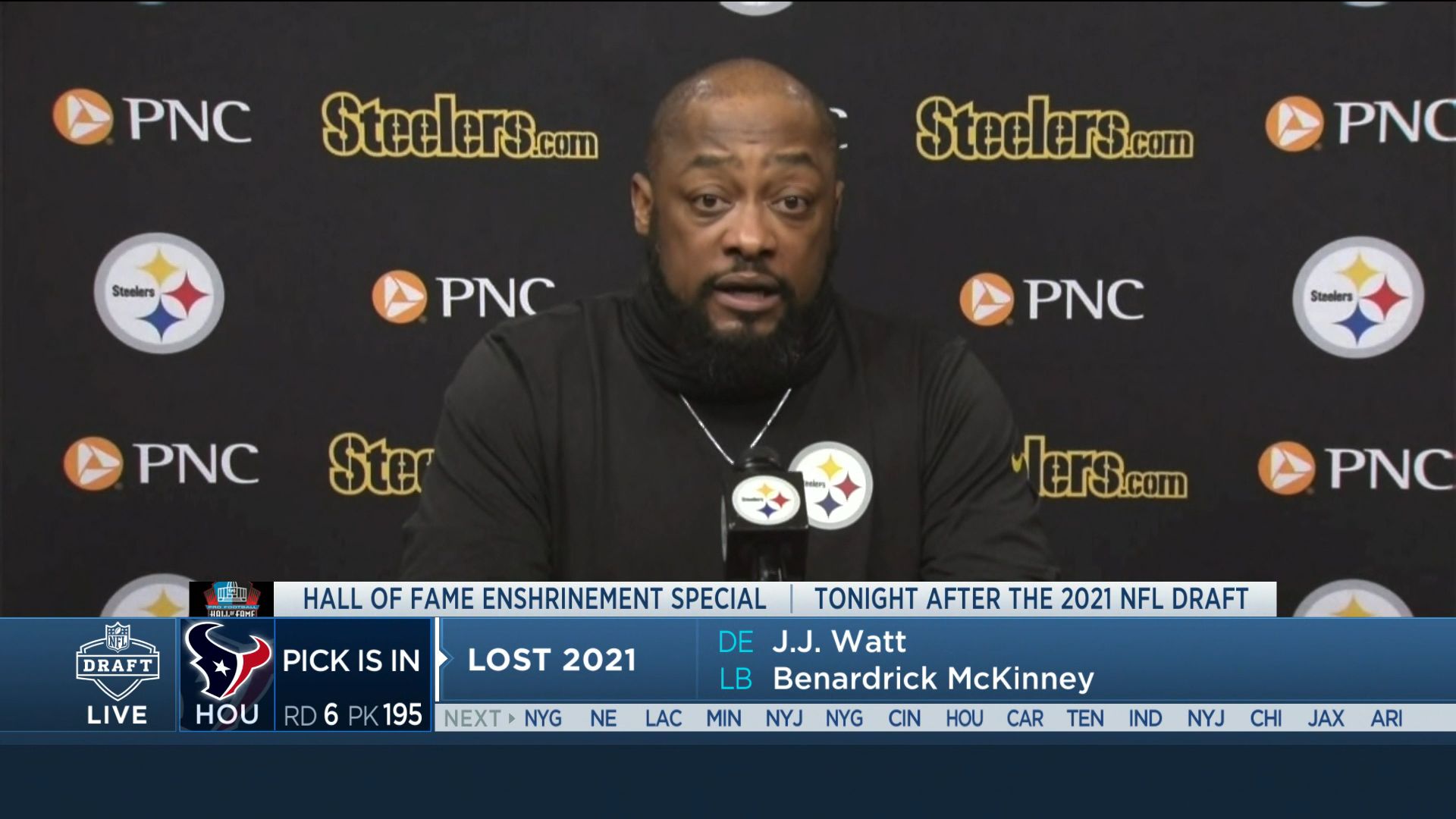 While the Pittsburgh Steelers continue to round out their final selections of the 2021 NFL Draft, due to make a total of six selections today after trading back into the fifth round, the personality of this class was established at the very top of the order with the addition of running back Najee Harris out of Alabama with the 24th overall pick in the first round.

Those on the outside may hem and haw over relative value of positions. But the Steelers spent their Thursday night pumping their fists and celebrating the opportunity to draft a player whom they believe will help define their identity for years to come.

“He was the top back on our draft board, and anytime you get an opportunity to get a top player on your board at a position of need, you’re excited about it,” head coach Mike Tomlin said of Harris during an appearance on NFL Network earlier today. “Just looking at his skillset, he’s just got a really well-rounded game. He can run inside, he’s good in the passing game, whether it’s out of the backfield or lining outside the backfield. He’s strong in blitz pickup. He’s just a very mature football player.”

Harris is the rare day one complete back, as Tomlin alludes to, who is capable of executing every assignment on the field that could be asked of the position. Running with power or finesse, serving as an outlet target or running a full route tree, and certainly picking up blitzers in pass protection for his quarterback, he is a ready-made, plug-and-play player who fits what is needed out of the position today to keep him on the field.

“In today’s game, that’s just part of it. I think that’s one of the things that’s exciting about him. He has the versatility of the back of today that you covet,” Tomlin said, “but there’s still some core things about his game and about his playing personality that’s time-tested and will be unchanging. He’s a big-time competitor. He’s a strong guy. He’s got a nice forward body lean, and I think that those are things that are going to be an asset to him, regardless of circumstance.”

Likewise, Harris will be an asset to a Steelers team that has dedicated itself to fixing the running game after finishing last in the league a year ago, the bottoming-out of a years-long trend. In addition to changes at the instructional level, they are adding physical linemen this offseason like Kendrick Green, not to mention Kevin Dotson from a year ago.

Of course, the Steelers are expecting more out of Harris than just toting the ball, as we’ve talked about. Tomlin was also clear that there are a lot of traditionally-valued features that align with an ‘old school’ mentality that he also brings to the table in terms of endurance, physicality, and work ethic. Those attributes never go out of style.