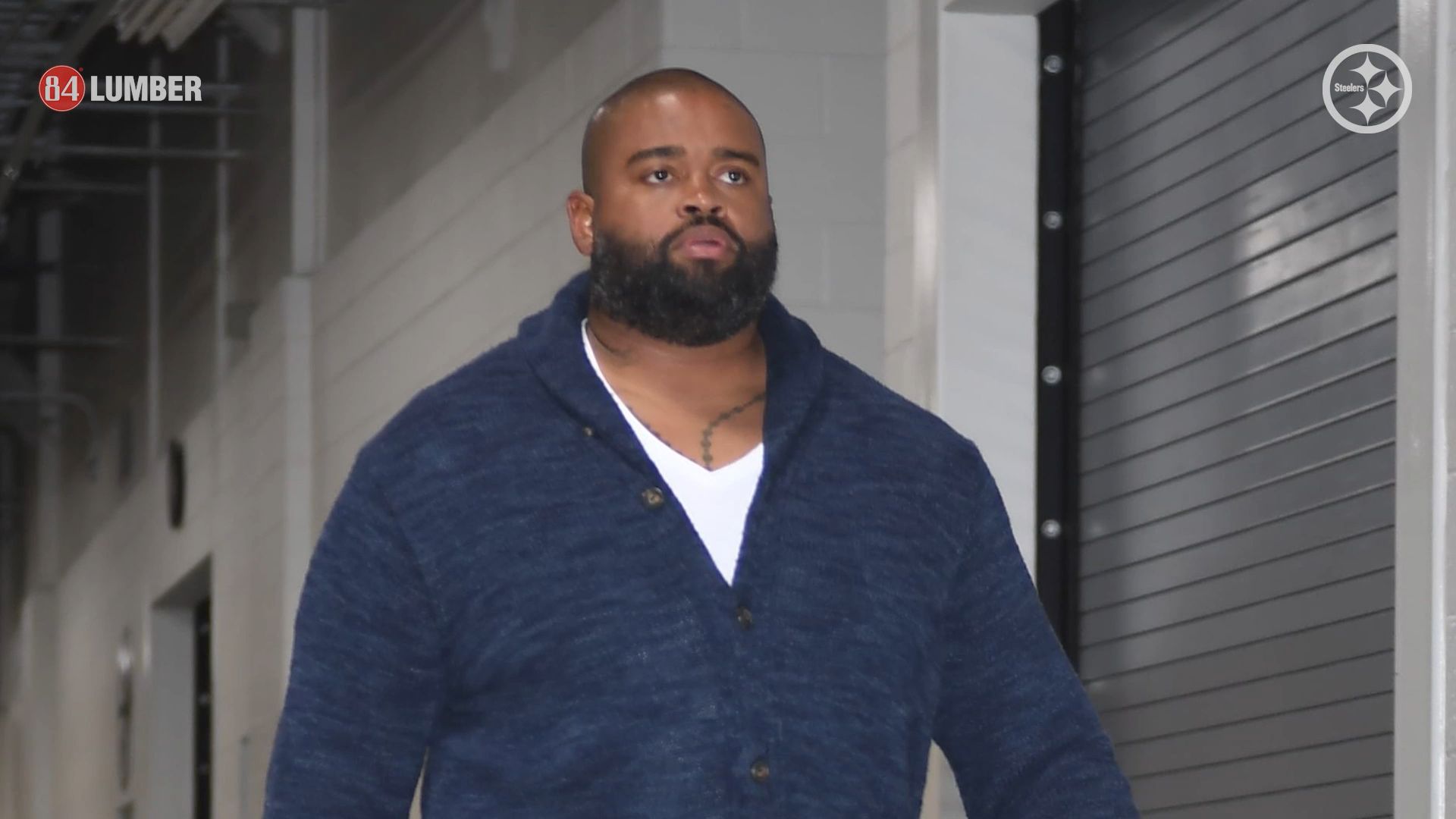 Adrian Klemm’s first coaching job in the NFL was with the Pittsburgh Steelers when they hired him to be the assistant offensive line coach under Shaun Sarrett in 2019, who was being promoted from that role to head offensive line coach following the departure of Mike Munchak.

Kevin Dotson was drafted in the fourth round last year, Klemm’s second on the team, so he likely has a greater dynamic with the Steelers’ new head offensive line coach than most of the line does, the others being more veteran players who worked with Mike Munchak and Sarrett, or who are rookies or free agent signings new to the team. The second-year lineman talked about how much help he was during his rookie season while speaking to reporters at OTAs last week.

“That was mostly who I was really talking to last year”, Dotson said of Klemm. “He helped more of the younger guys. He kind of helped you on stance and just coaching you up on stuff. If I needed to ask somebody about plays, I would go to him first before I would go to anybody else. He was already pretty much like a mentor”.

Of course, it’s hardly surprising that an assistant to a position coach would be tasked with handling more of the minutiae of the job, like explaining basic fundamentals to a rookie reserve player, but that didn’t really seem to be how they divided responsibilities between Munchak and Sarrett, at least in the later years.

This wasn’t the first time that Dotson has talked about how vital Klemm was to his success as a rookie. Back in early April, he did say that he was “pretty much” equal to Sarrett with regards to coaching responsibilities.

“I feel like Klemm will bring a lot of technical stuff, because he’s been in the league before. He can help you on things that he’s been through. He helped me all last year with scheme and play-calling and stuff like that, so I feel like he’ll definitely help us”.

The offensive linemen certainly seem to be confident in Klemm’s ability to take over, but then again, they felt the same about Sarrett. The difference here is that Sarrett was trying to work off of Munchak’s coaching philosophy, having apprenticed under him for the better part of a decade.

Klemm may have been the assistant line coach under Sarrett for the past two years, but he brings his own philosophy to the table. He was an accomplished NFL lineman who learned under the great Dante Scarnecchia, and he proceeded to have a successful college career as a coach as well, where he earned a reputation for preaching physicality (sometimes too hard).

What we do know is that Klemm will bring change. What we don’t know is whether the results will be positive or negative. Only time will tell in that regard, but the bare minimum you must have is the faith of your players, and he seems to have that.