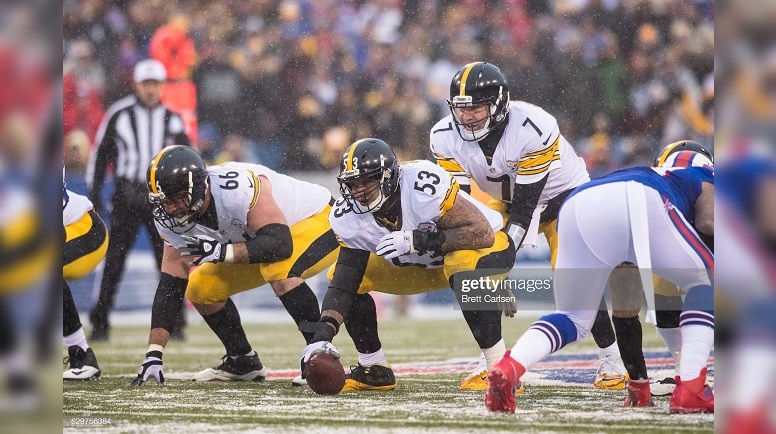 Does Pittsburgh Steelers quarterback Ben Roethlisberger hate using play-action as much as the reports and data say that he hates it? During an interview on 93.7 The Fan, the show asked Steelers general manager Kevin Colbert  that very question. His response was quite interesting, to say the least.

“Well, you know, I’m sure he likes certain things and doesn’t like certain things,” Colbert said. “On a given week, he’ll sit down with Coach Tomlin and the offensive staff and they go through and they put together a gameplan, you know, and what he can do, what a given circumstance might put itself out there in a given week. And doing what Ben was doing, we reached a point where we were 11-0 and it was going really well. Obviously, it didn’t finish well and that’s where the negative started. The pop. You know, we weren’t running the ball. Our defense wasn’t playing to the same level. Ben wasn’t playing to the same level. So, schematics aside, you know, we do know that he wants to be here, and he wants to try to win a Super Bowl.”

That was the fluff part of Colbert response to the question and basically him saying that what all Roethlisberger was doing last season was working fine overall until it wasn’t. That’s like saying a NASCAR was running great until it blew an engine, which essentially is what happened to the Steelers after their 11-0 start to the 2020 season.

Colbert, however, did continue about Roethlisberger and his ability to play under center if deemed necessary in 2021.

“And, you know, he’s obviously had discussions, not only with Coach Tomlin, I know he met with Coach Canada and everybody’s comfortable with Ben being our guy as we move into it,” Colbert said. “And, you know, schematics will determine themselves as we prepare for whoever our first game is and each week after that. So, Ben’s capable of playing under center. He’s certainly capable of playing from the shotgun and we’ll see how it all evolves because again, he’ll have, you know, a couple of new offensive linemen in front of him. He’ll have a different tight end in the mix. He’s got a different runner in the mix. The receivers, as we sit here today, would be the same. So, we know he can do anything we want him to do, and I think we’ll always decide what’s best for a given week.”

As we have posted several times on this site since the 2020 season ended, we might very well see Roethlisberger use more pistol in 2021 with Matt Canada now installed as the team’s new offensive coordinator. Using more pistol, in addition to adding a high quality running back in Najee Harris to the offense via the 2021 NFL Draft, might be just what the Steelers’ offense needs to get Roethlisberger more comfortable using play-action.

Listening back to what Colbert said on Thursday, however, he never really addressed Roethlisberger possibly not liking using shotgun and the reasons that might be if indeed true. Because of that, we’ll have to hope that Roethlisberger is asked the same exact question and questions that Colbert was asked Thursday the next time the veteran quarterback addresses the media. Until Roethlisberger tells us otherwise, it’s hard not to think that the reports and data that suggest he really hates using play-action and turning his back to opposing defenses are indeed true.