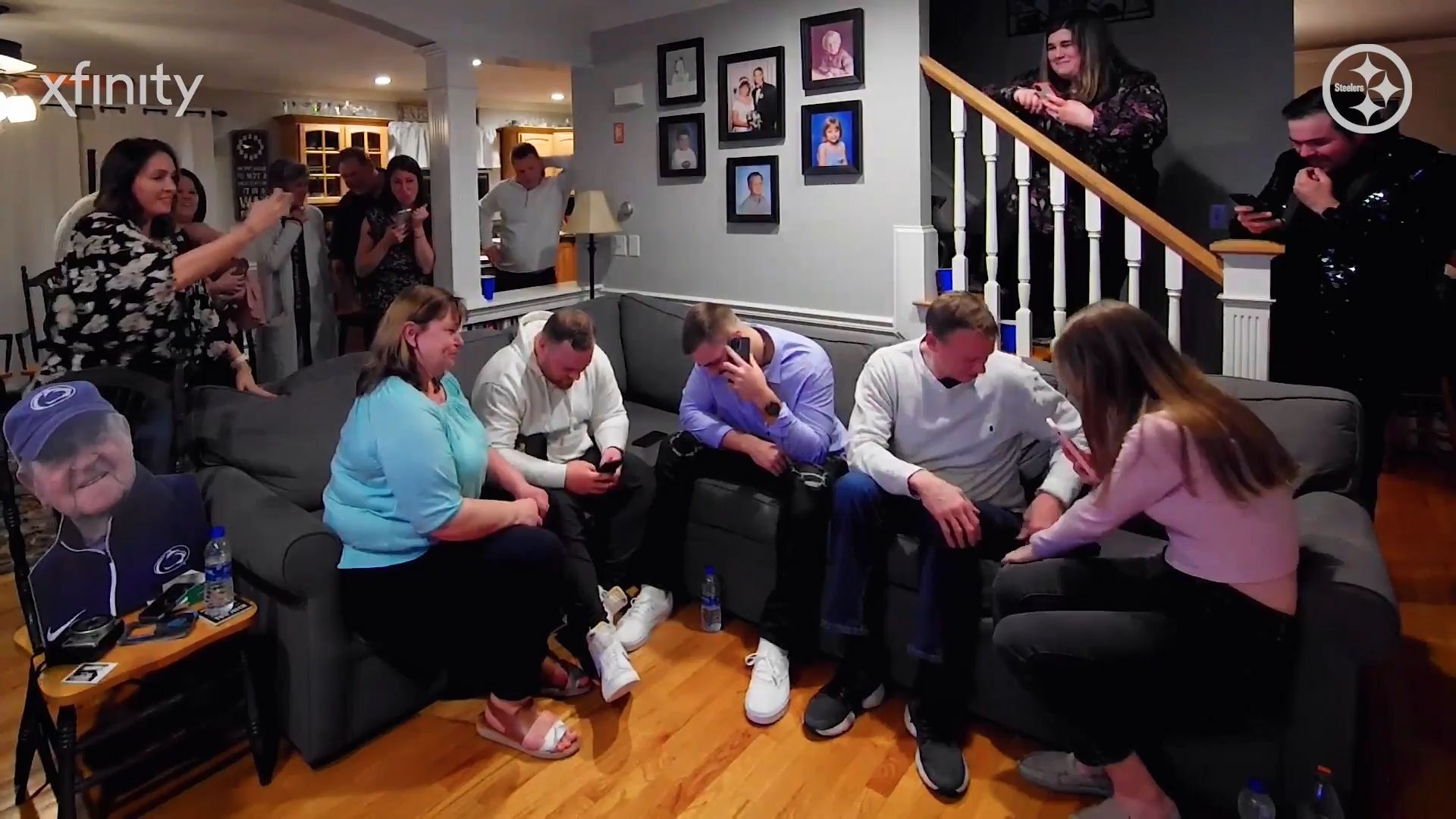 The draft process can be an ugly one from the perspective of foresight, coming from those on the outside. While NFL teams are focused on acquiring talented players whom they expect will help them win football games, observers may focus more on acquiring ‘value’, resting under the false assumption that the highest value represents the best draft class, or something to that effect.

The Pittsburgh Steelers don’t particularly care about what anybody outside of the building thinks of them taking a running back in the first round. They certainly have no regard for the opinions of those who feel they shouldn’t have taken Pat Freiermuth at tight end in the second round. They had a vision for what they could do and they pulled the trigger.

“The tight end, it can help us not only as an on-the-line blocker, but as a receiver”, general manager Kevin Colbert said about the Freiermuth selection in The Standard, a video project produced by the team, in the latest episode that premiered yesterday. “The more we can do in the passing game, the better the running game will be”.

It has been a very long time since the Steelers have meaningfully addressed the tight end position through the NFL Draft. The last time, as though probably have memorized by now, they have drafted a tight end inside of the first four rounds was in 2007 with the selection of Matt Spaeth in the third round.

Since then, they have used a trio of seventh-round picks on David Johnson in 2009, David Paulson in 2012, and Rob Blanchflower in 2014, being finally drafting Jesse James in the fifth round in 2015. They also used a fifth-round pick in 2019 on Zach Gentry, who has logged 69 career offensive snaps (nice).

With that being said, it’s not as though they have disregarded the position all that time. After all, they had Heath Miller for most of that time. After he retired, they signed Ladarius Green in free agency to a four-year, $20 million deal, of which he saw one. Then came the acquisition of Vance McDonald via trade, who just retired after four seasons in Pittsburgh.

Their most recent outside addition is still here, that being Eric Ebron, who signed a two-year, $12 million deal in 2020. The receiving tight end caught 56 passes last season for 558 yards and five touchdowns, a quite respectable output, all things being considered.

Pairing Ebron and Freiermuth together, however, will allow the Steelers to do a lot of different things on offense. They had this vision in mind when they made the decision to draft him in the second round. They looked at their team and saw what this piece would add to what they want to do and pulled the trigger. What they didn’t do was consult the draft boards to see if he represented good value.