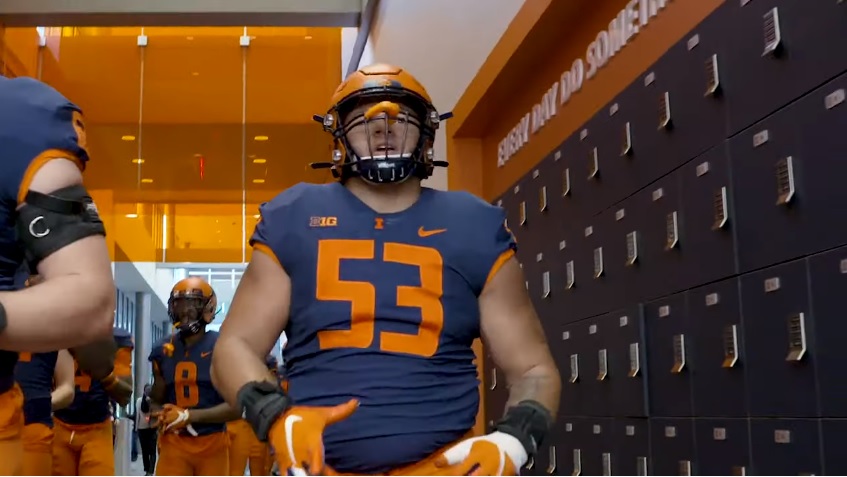 Everybody and their mother, or so the saying goes, knew that the Pittsburgh Steelers were going to be going after a center at some point during the course of the 2021 NFL Draft. I’m not sure how many people had the name of Illinois’ Kendrick Green circled on their board — in part because he spent more time playing guard than he did center.

But while we on the outside were not necessarily in touch with this, the Steelers certainly did their homework on Green. It was no doubt players like him that prompted general manager Kevin Colbert to volunteer during the team’s pre-draft press conference that he felt this year’s class was unusually deep at the center position. They had several points of contact with him during the process.

“I knew it was a potential landing spot, for sure,” Green said on The End Zone podcast on SiriusXM yesterday. “I was kind of hoping for it. I did the Zoom interviews with the coaches, Coach Adrian Klemm came to my Pro Day and we chopped it up a little bit. He’s a good dude. We had a pretty good idea of what was gonna happen.”

As you’ve no doubt seen by now, Klemm, the team’s first-year offensive line coach after spending the past two seasons as assistant, spoke very highly of Green, not just for his play and his athleticism, but also for his aggressive and physical approach to the position, possessing the sort of qualities that he wants to establish in his room this year.

The Steelers had a skilled, athletic, physical center for quite a long time in Maurkice Pouncey. While it would be a tall task to fill the shoes of a potential future Hall of Famer right after his retirement, Green at least stands a good chance of getting a crack out of it by winning the starting job.

It may have been harder to get eyes on him during the pre-draft process this year thanks to the restrictions implemented due to the pandemic, but ultimately, it didn’t hurt Green much, as he was still picked up by the end of Day 2.

“The pre-draft stuff wasn’t ideal, obviously now due to COVID and stuff like that,” he said of the pre-draft process this year. “Just everything being on Zoom, and no Combine this year. But you’ve just got to push through and make the most out of it, which I feel like everybody this year had to do”.

When will he first step on the field for the Steelers? Well, there will be rookie minicamp, but will anybody show up to OTAs? At least this year, there is expected to be a preseason, and Pittsburgh will have four games, since they will play in the Hall of Fame game. He can duke it out in competing for the staring center position with all eyes on him, unlike last year’s rookies.