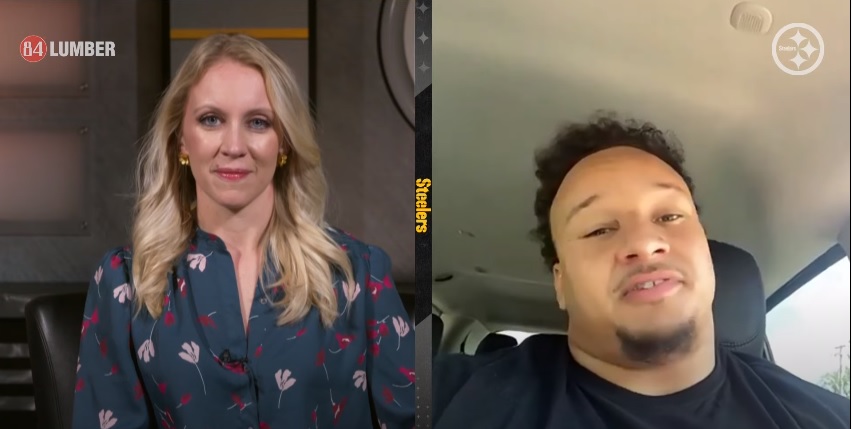 Kendrick Green wasn’t just a football player growing up. He was a multi-sport athlete who in addition to the girdiron, competed on the mat. A wrestler in high school, he spoke with Steelers.com’s Missi Matthews about how wrestling helped him now that he’s a full-time offensive lineman.

“Helping with balance,” he said. “Understanding leverage. Understanding a lot of torque things overall. It comes in handy when blocking someone.”

Check out this clip from 2017, showing a takedown in one of his tournaments. It’s easy to see the nasty and physically demeanor that’s carried over into football.

In addition to football and wrestling, Green also played baseball for his high school team. He became the school’s first four-year letter winner in three sports in at least 60 years.

It makes for an impressive athlete that’s evident on tape. Green blew up his Pro Day workout, running a 4.89 40 a 35.5-inch vertical and 9’11” broad. Of Combine-invited offensive linemen, his 40 time was the second fastest, his vertical was easily the best, while his broad also led this year’s class. He’s a squatty body who uses his natural leverage, standing in under 6’2″, and that wrestling background to take control of blocks with violent, powerful hands.

He began his college football career as a defensive tackle before switching to the offensive line. That’s given him a different perspective most linemen don’t have, though he says his mentality hasn’t changed no matter the side of the ball he lined up on.

“From being a young boy, I started playing football. I learned to play hard, play fast, physical,” he said. “Regardless of if I was playing defense or offense.”

Now in the big leagues, he’ll take that diversified background and hope it turns into Steelers’ success. Green will battle B.J. Finney for the starting center job. If Green loses out, he’ll begin the season as the top interior backup at center and guard.