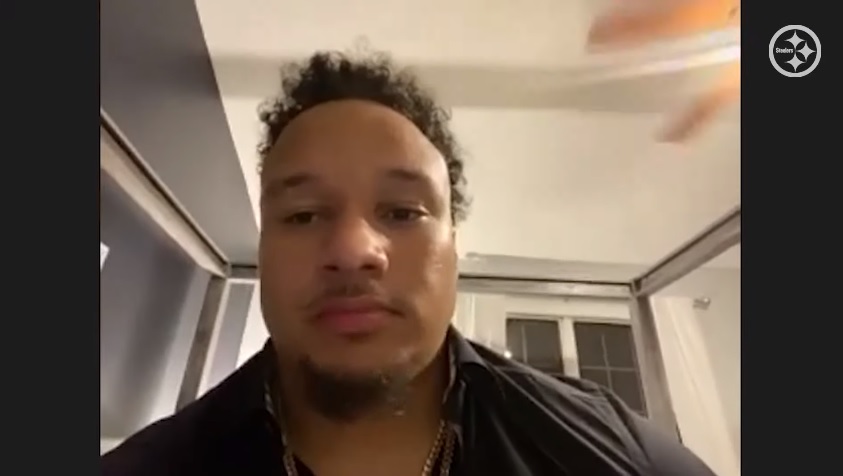 If players were drafted solely off confidence, Kendrick Green would’ve been going #1. In a deep offensive line class, Green believes he’s still the most athletic lineman in this draft. Sorry, Penei Sewell. Green spoke with reporters after the Steelers drafted him at #87 and made the bold claim.

From the way he tested, Green’s comment isn’t far off. At his Pro Day workout, Green ran a 4.89 with a 1.69 ten split. Of Combine-invited linemen, only one had a better 40 (Texas’ Samuel Cosmi at 4.87) and only three posted a better split (Cosmi, Pitt’s Jimmy Morrissey and Northwestern’s Rashawn Slater, all at 1.68). Green jumped a remarkable 35.5 inches in the vert, showing off explosiveness that’s evident on tape, with an impressive 9’11” broad jump. It all totaled to a 126.8 SPORQ Score and a 9.24 RAS figure. Both excellent numbers to back up Green’s claim as the draft’s most athletic lineman.

His scouting report matches the way he tested showing an explosive, squatty player. From a measurables standpoint, he compares favorably to New England’s Shaq Mason, a fourth round pick in 2015 whose gone on to become a very good guard. Green primarily played guard in school but will get a long look at center in Pittsburgh following Maurkice Pouncey’s retirement.

Still, he knows his calling card is his nastiness and physicality.

“I play with a mean streak,” Green said. “I’m looking to play physical and finish guys. So I think that’s something that will translate over well.”

Physicality was something Adrian Klemm repeatedly preached during this offseason and something last year’s offensive line failed to be last season. The additions of Green and RB Najee Harris are steps in the right direction.