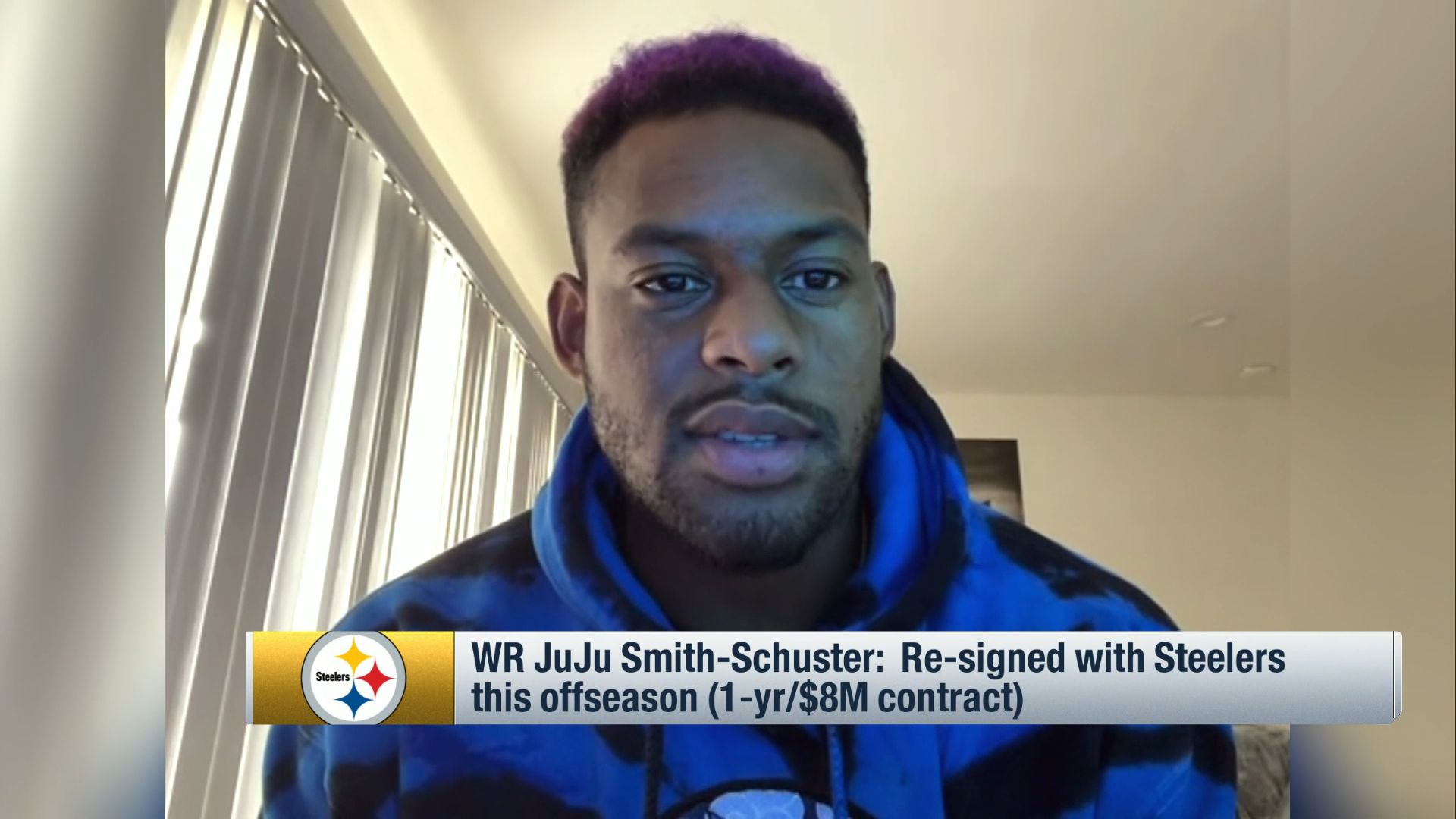 While the Pittsburgh Steelers declined to bring back left tackle Alejandro Villanueva this season in what was a decision undoubtedly related to the fall of the salary cap, he has managed to stay in the conversation even while actively choosing to have no access to it.

During his introductory Zoom ‘press conference’ after signing with the Baltimore Ravens, Villanueva, notorious flip-phone afficionado, with a wry smiled alluded to wide receivers using TikTok when referring to the Ravens’ run-heavy offense.

He said it with a knowing tone, as in he understands that those in the know would get the humor with which it was intended, but also that it would cause a commotion, and that he wouldn’t have to be a part of that secondary conversation.

But JuJu Smith-Schuster, ever in the media himself, has already been asked about it. Appearing on NFL Network on Monday, while he wasn’t directly asked for his reaction to Villanueva’s comments, the topic was addressed in the interview with the understanding that Villanueva was having some fun with his former teammates. He was asked if he had any plans about continuing to use the platform this year.

Of course we all know where this is going next. People are going to jump on Smith-Schuster for saying that people can’t hate him as long as he’s continuing to do what he does on the field. Either detractors will say that it’s not enough, or that it’s not relevant. He takes the position that he can’t lose as long as he does his job, though in reality, when it comes to those whom he has already lost, it’s actually that he can’t win.

Smith-Schuster did stop one thing specifically when it came to TikTok and social media, after it drew fire, even from fellow players around the league. There was about a month or so in the third quarter of the season where his pre-game videos dancing at center field on team logos drew mainstream attention. It quickly sparked backlash, perhaps as much among Steelers fans as among any other group.

It took him perhaps longer than he should have, if he was going to stop doing it at all, but he eventually said that he doesn’t want to be a distraction for the team—after getting rocked and losing a fumble against the Cincinnati Bengals in perhaps the worst loss of the season—and so that he wasn’t going to do it anymore.

As for Villanueva, he personally has appeared in his teammates’ TikTok videos in active roles, including a post-game ‘interview’ with Chase Claypool. His new teammates, such as Marquise Brown, are on TikTok as well. This isn’t his concern. He’s just worried about learning a new playbook and moving to the right side of the offensive line.