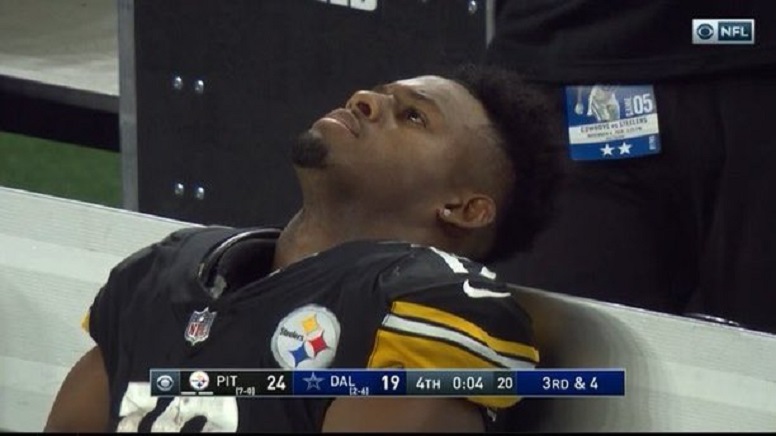 While Pittsburgh Steelers wide receiver JuJu Smith-Schuster did have a productive season in 2020, he was also the center of some controversy and criticism due mainly to his pre-game TikTok dances on the opposing teams’ logo midway through the season, in addition to his “Browns is the Browns” comments made during the week leading up to the team’s Wild Card playoff loss to the Cleveland Browns at Heinz Field.

While Smith-Schuster has already talked quite a bit about those two things throughout the offseason, he’s still asked about them both. The fifth-year wide receiver has already stated that his TikTok dances were essentially him just being himself and that he stopped doing them once it became a distraction to the team. As for his “Browns is the Browns” comment that he had made ahead of the Steelers playing the Browns in the playoffs last season, Smith-Schuster has since indicated that he had no regrets when it comes to that quote as he was only alluding to the Cleveland players being nameless gray faces, which is a popular quote used by Steelers head coach Mike Tomlin over the years.

“It’s part of their job,” Smith-Schuster told the New York Post concerning the criticism he’s received. “People are going to criticize; it’s how the world is.”

On top of the things that have been said and reported dating back to last season, a few weeks ago long time Steelers tackle Alejandro Villanueva appeared to take a shot at Smith-Schuster regarding his TikTok dances during his first media session after signing a contract with the Baltimore Ravens.

“When you have a balanced offense, or when you run the ball, it’s obviously better for the offensive line,” Villanueva said. “I’m assuming it’s not as fun for the wide receivers, because they’re not getting all the catches. They’re making the TikToks, and they’re having fun on their social media.”

“For [Villanueva’s] stuff, I think what he was saying more so was that [he’d] prefer to be in a balanced offense than a more heavy passing offense. That’s honestly true, we couldn’t run the ball as much.”

Smith-Schuster also made sure to add that Villanueva was a part of some of his TikTok dance videos he released on social media.

“As far as the TikTok dances, [Villanueva] was a part of them,” Smith-Schuster said. “He was in my TikToks too, he was dancing, he was in Chase [Claypool]’s, too. As far as having fun, he had his fair share, too.”

By the sound of things during his recent media tour that included quite a bit of toilet paper peddeling, Smith-Schuster sounds like he is past the TikTok controversy and that he is now looking forward to the 2021 season and what new offensive coordinator Matt Canada potentially has planned for him.

“Playing outside more, down the field, deep threat, moving around,” Smith-Schuster said about what he thinks Canada has planned for him offensively in 2021.

Smith-Schuster went on to say that Canada is “built for this.”

As for Smith-Schuster’s recent run through the media, it certainly seems like that bursts of interviews might be done now. Here’s to hoping that’s the case, because it’s become tiring hearing him asked the same questions in nearly every interview. He’s likely tired of that as well.