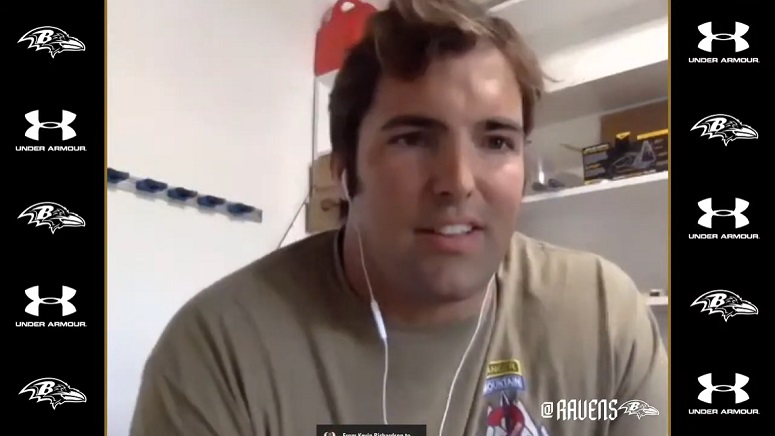 Orlando Brown, Jr. put the Baltimore Ravens in a rather difficult position earlier this offseason when he essentially demanded to be traded. The fourth-year tackle informed the team that he does not intend to take the field again unless it came at left tackle, where he started most of last season in place of an injured Ronnie Stanley.

The problem is, Stanley is an All-Pro left tackle in his own right, whom they had just given an extremely large extension, making him one of the highest-paid offensive linemen in history. So given the ultimatum, Baltimore could do nothing but move him, and they ultimately did, acquiring an additional first-round pick out of it.

That put them in the market for a new tackle, however, and that ultimately turned out to be former Pittsburgh Steeler Alejandro Villanueva, whom they signed, naturally, shortly after the compensatory deadline passed after the draft, meaning the Steelers will not get a compensatory pick for his loss. But at least he has John Harbaugh excited.

“He’s going to play really well on the right side. He’ll play well on the left side if required”, he told reporters yesterday. “He just adds to our offensive line. He’s a very good player. He’s a tremendous person. He’s a veteran. He knows how to play. He knows how to get himself prepared to play. He’s been in the trenches. He’s an upgrade for us, and I’m really excited to have him”.

Villanueva has spent the past six seasons playing on the left side for the Steelers. The last time that he lined up on the right side was during the 2015 preseason. According to Pro Football Focus, he logged 98 snaps at right tackle that year, but also 127, before playing over 750 snaps at left tackle during the regular season following Kelvin Beachum’s season-ending knee injury.

He would hardly miss another snap for the remaining five years of his time in Pittsburgh, certainly representing a very high degree of durability. But he also managed to make the Pro Bowl a couple of times during that span.

Villanueva told reporters after first signing with the Ravens that the Steelers informed him early on in this offseason process that they did not intend to re-sign him as an unrestricted free agent. Looking back, it would be rather hard to imagine how they would have afforded him in the first place, given the unique salary cap circumstances they faced this year.

But they don’t have to say goodbye, since they will still get to see him twice a year when they play the Ravens. Needless to say, there is no bad blood between the parties, and Villanueva expressed great fondness for the organization and for his former teammates, which extended to his playing with the media through humor at his friends’ expense.