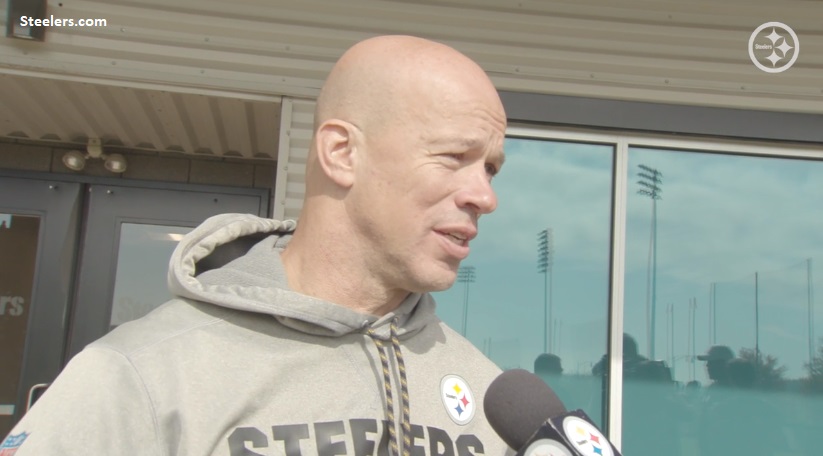 There’s plenty of things ILBs Coach Jerry Olsavsky loves about LB Buddy Johnson’s game. But first and foremost, he loves his downhill attitude against the run. Speaking to reporters after the team drafted Johnson with the 140th selection of the 2021 NFL Draft, Olsavsky spoke about Johnson’s game and his strengths.

“One of the first things I want to see how far from the line of scrimmage the linebacker is when the ball’s coming towards him,” Olsavsky told reporters via a Zoom call provided by the team. “And when you attack the line of scrimmage, we call that going downhill. And Buddy does that really well. You could tell that he’s been around football long time. He feels comfortable moving with the run and attacking blockers and things like that.”

Johnson was a tackling machine at Texas A&M. In his college career, he racked up 209 tackles, including 85 as a senior in 2020. Johnson’s downhill ability created big plays in the run game, with 23.5 tackles for loss in his career. He also flashed pass rush ability with four sacks as a senior, again speaking to that physical, downhill demeanor.

Olsavsky did say there are areas of his game he must improve. But he likes the foundation Johnson has to work with.

“I think he needs some work on just cleaning up some things just to be more proficient up here in the NFL. Blockers on the offensive line are much better in totality than in college. And it’s something that just takes some technique. But the fact that he attacks as his main weapon is really good. You can’t teach that. Buddy got that growing up, however he came to fall in love with football. So that’s something that I don’t have to worry about. We’ll just clean it up a little bit. So it’s always one of the first things I look for is an attacking middle linebacker.”

Johnson should provide the Steelers excellent depth at inside linebacker. The team brought back Vince Williams after cutting him, will get a healthy Devin Bush back, along with Marcus Allen and Ulysees Gilbert III. Allen will have a full offseason at inside linebacker after transitioning from strong safety.