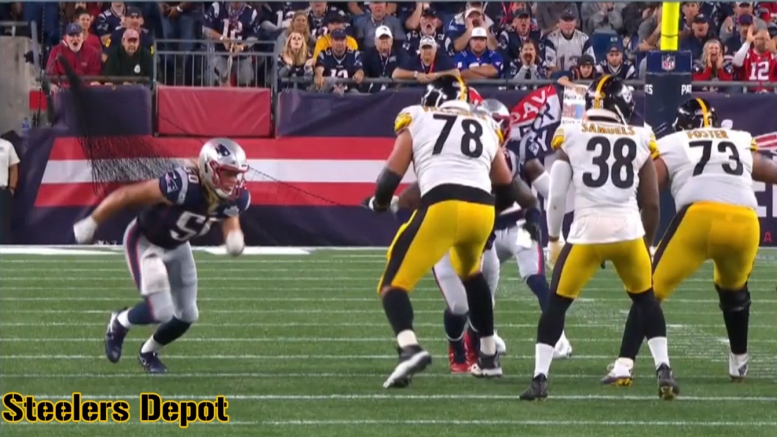 After a long career in Pittsburgh, Alejandro Villanueva has found a new home, signing a two-year deal with the Baltimore Ravens per ESPN’s Jeremy Fowler.

Alejandro Villanueva and the #Ravens have agreed to a two-year deal, per source. Two-time Pro Bowl OT can play left tackle and slide to the right side when Ronnie Stanley is healthy.

In a follow-up tweet by ESPN’s Adam Schefter, it’s a two-year deal worth $14 million. Of that, $8 million is guaranteed.

This move has been rumored since last week. The Ravens were waiting until the start of this week to make the signing official in order to bypass the compensatory formula period. Starting yesterday, free agents no longer count in the comp formula. Because of this, the Steelers won’t be eligible to receive a comp pick for him.

The Ravens are looking for offensive tackle help after trading away RT Orlando Brown Jr. to the Kansas City Chiefs. Baltimore has star left tackle Ronnie Stanley, but he’s coming off a serious ankle injury. Per Fowler’s tweet, it sounds like the intention is for Villanueva to be their fallback option at LT if Stanley isn’t ready for the start of the season. When he is, the team will move Villanueva to right tackle. It’s a bit of an unusual fit. Villanueva isn’t known for his run blocking, and it’ll be a substantial downgrade from Brown Jr. Villanueva has never started a game at right tackle, either, playing his entire Steelers’ career on the blindside.

Signed in 2014, the Steelers converted Villanueva from defensive end to left tackle. Replacing Kelvin Beachum midway through 2015, Villanueva started 90 career games. Pittsburgh will likely turn to Chukwuma Okorafor to replace him at left tackle. They also signed veteran Joe Haeg and drafted Dan Moore Jr. in the fourth round.