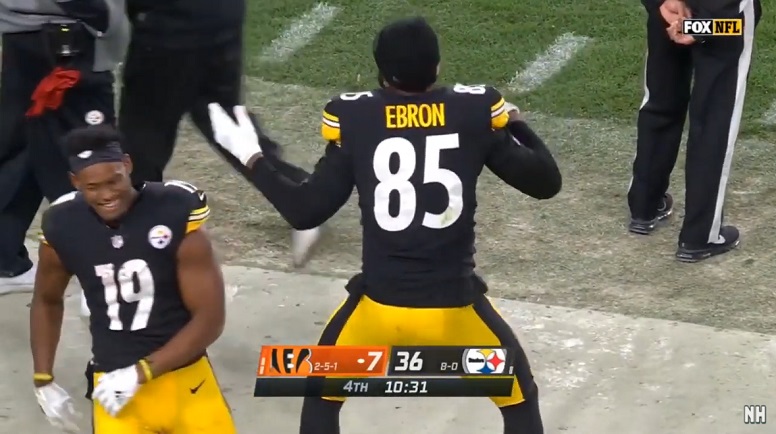 The Pittsburgh Steelers had a few players who signed during the 2020 offseason that did not get to experience the full energy that fans bring to Heinz Field for home games due to fallout from the pandemic. That figures to change in 2021, however, as full stadiums are now expected across the league with 16 weeks remaining before the regular season gets underway.

Steelers tight end Eric Ebron is one of those new players signed in 2020 who missed the full effect of fans at Heinz Field. He’s yet to really experience the onslaught of Terrible Towels waving and the playing of ‘Renegade’ late in games. He said Saturday on Twitter that he’s now looking forward to the full “Pittsburgh Experience” in 2021.

I have missed the total “Pittsburgh Experience” having no fans was TRAGIC. I am so looking forward to the energy you will bring the game of football #HereWeGo https://t.co/Dtl0xkekGu

You cant really blame Ebron for his excitement based on what all transpired last season with attendance and the pandemic. The Steelers really suffered a little more than most teams when it came to total attendance numbers at home games in 2020 due to regulations that were put into effect by the state of Pennsylvania.

Ebron will have help at the tight end position in 2021 as well, as the Steelers selected Pat Freiermuth in the second round of this year’s draft out of Penn State. Because of that, we could see a lot of two tight end sets in 2021 that feature both Ebron and Freiermuth on the field at the same time.

Ebron, who signed a two-year, $12 million contract with the Steelers a little more than a year ago, caught 56 passes for 558 yards and five touchdowns in his first season in Pittsburgh in 2020.