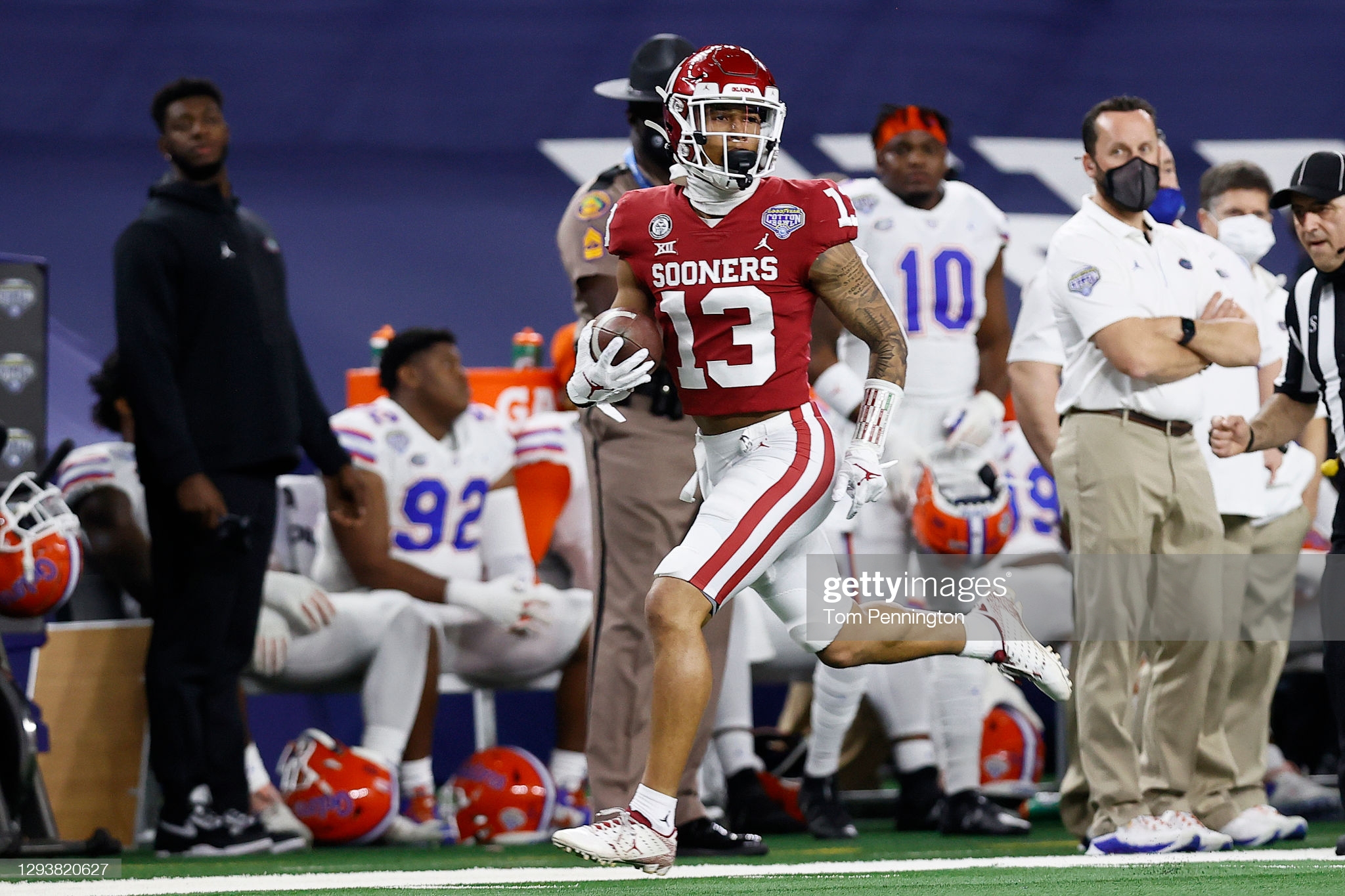 With the 245th pick of the 2021 NFL Draft (18th in the seventh round), the Pittsburgh Steelers selected Oklahoma defensive back Tre Norwood, the first selection used at either cornerback or safety this draft class. Here is an introduction to the player Mike Tomlin labeled a “swiss army knife” when announcing the selection on Day 3.

Growing up in Fort Smith, Arkansas, Norwood played his final season for Northside High School. A three-star cornerback, Norwood made visits to Louisville, Notre Dame, and Wake Forest before choosing Oklahoma. He had 10 offers, which also included Tennessee and Oklahoma State. In high school, Norwood was also a basketball player, winning a state championship.

Norwood was an immediate contributor to the Sooners as a true freshman in 2017, appearing in all 14 games and making starts in the final five, including in the College Football Playoffs as Oklahoma went 12-2 and lost in the Rose Bowl. He was second on the Sooners in pass breakups that season.

Norwood upgraded to a full-time starter in 2018 as a true sophomore, playing in all 14 games as OU went 12-2 and lost in the Orange Bowl. He ranked fifth on the team in tackles that season. Norwood did play during the 2019 season, suffering a torn ACL in camp.

Norwood’s best season came in his final year at OU in 2020, where he started five games and appeared in all 11 for Oklahoma. Norwood finished third in FBS in interceptions and led the Big 12, named an All-Big 12 honorable mention after the season. His play helped the Sooners go 9-2 and win the Cotton Bowl, at which Norwood was named Outstanding Defensive Player.

Norwood appeared in the maximum possible 39 games during his three healthy seasons at Oklahoma, starting 24 games during that time. Here are his stat lines from those years:

Pittsburgh was widely expected to address the secondary after cutting starter Steven Nelson and letting Mike Hilton leave as a free agent, and did send multiple personnel members to the Oklahoma Pro Day to watch Norwood, fellow corner Tre Brown, and several other Sooner prospects.

Mike Tomlin himself announcing Tre Norwood was great news for the Steelers’ draft pick, because of how Tomlin labeled him. Calling Norwood a swiss army knife defensive back, Tomlin tipped his hand that Pittsburgh can line Norwood up anywhere, and intends to do so. Cornerback, either safety spot, the slot, even some box reps, everything is on the table with Norwood.

Because of that, Norwood can be given better odds than most seventh-rounders to make the regular season roster, with his versatility a major asset to a much-weakened secondary. Norwood could play his way into a semi-starting role as the team’s nickel corner, replacing new starter Cameron Sutton. His prime competition there is Justin Layne and James Pierre, neither possessing the performance to claim that job.

Norwood is also a special teams candidate, and can see some reps as a deep safety or on the outside, depending on how the Steelers desire to shuffle their secondary throughout each game.