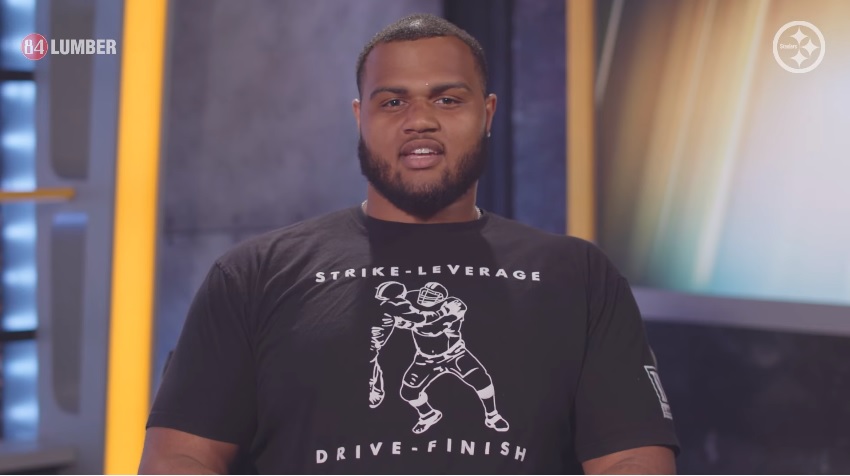 Shortly after the draft, QB Ben Roethlisberger invited all the offensive rookies over to his house. And now Dan Moore Jr. is talking about what that dinner was like. Sitting down with Steelers.com’s Missi Matthews, Moore Jr. offered a sense of what Roethlisberger had to say.

“I was there,” Moore Jr said. “Ben just gave us some insight of what it is to be a pro. Specifically a professional on this team. People talk about the Steeler Way and he gave us a little more insight of what that means. Some veteran/rookie talk of what to expect, of what’s coming. How to take care of your body, how to last long in the NFL. Just basically some mentoring things.”

There are few players in the NFL who have been around the game longer than Roethlisberger and gone through the ups and downs of a lengthy career. Roethlisberger can relate to Najee Harris as a first-round pick and the weight of expectations that come along with it. He can relate to the highs, being on top of the world as a Super Bowl winner, to the lows of injury and handling criticism. There’s virtually nothing Roethlisberger hasn’t seen or experienced. And oh yeah, he’s the only player on the roster who has won a ring in Pittsburgh.

The Steelers have several veterans on this team, both sides of the football. to help show the young guys the way. On offense, it’s Roethlisberger and David DeCastro. On defense, it’s Cam Heyward, Tyson Alualu, and Joe Haden.

“It’s been really fun…we all gel together. We all click really well. We’re like a little posse. We all roll together everywhere. It’s really been fun.”

Moore Jr. trained with Kendrick Green this summer (that Strike-Leverage-Drive-Finish t-shirt he’s wearing is from OL guru Duke Manyweather’s program), was obviously teammates with Buddy Johnson, and his Aggies played against Najee Harris. So he’s already built up relationships with his teammates.

The Steelers, as has been their mantra for years, has been to draft “hearts and smarts” players. High-quality players and people. This rookie class is cut from that cloth. Now they’ll have to prove it on the field, just as the 2020 class of Chase Claypool, Alex Highsmith, and Kevin Dotson did.