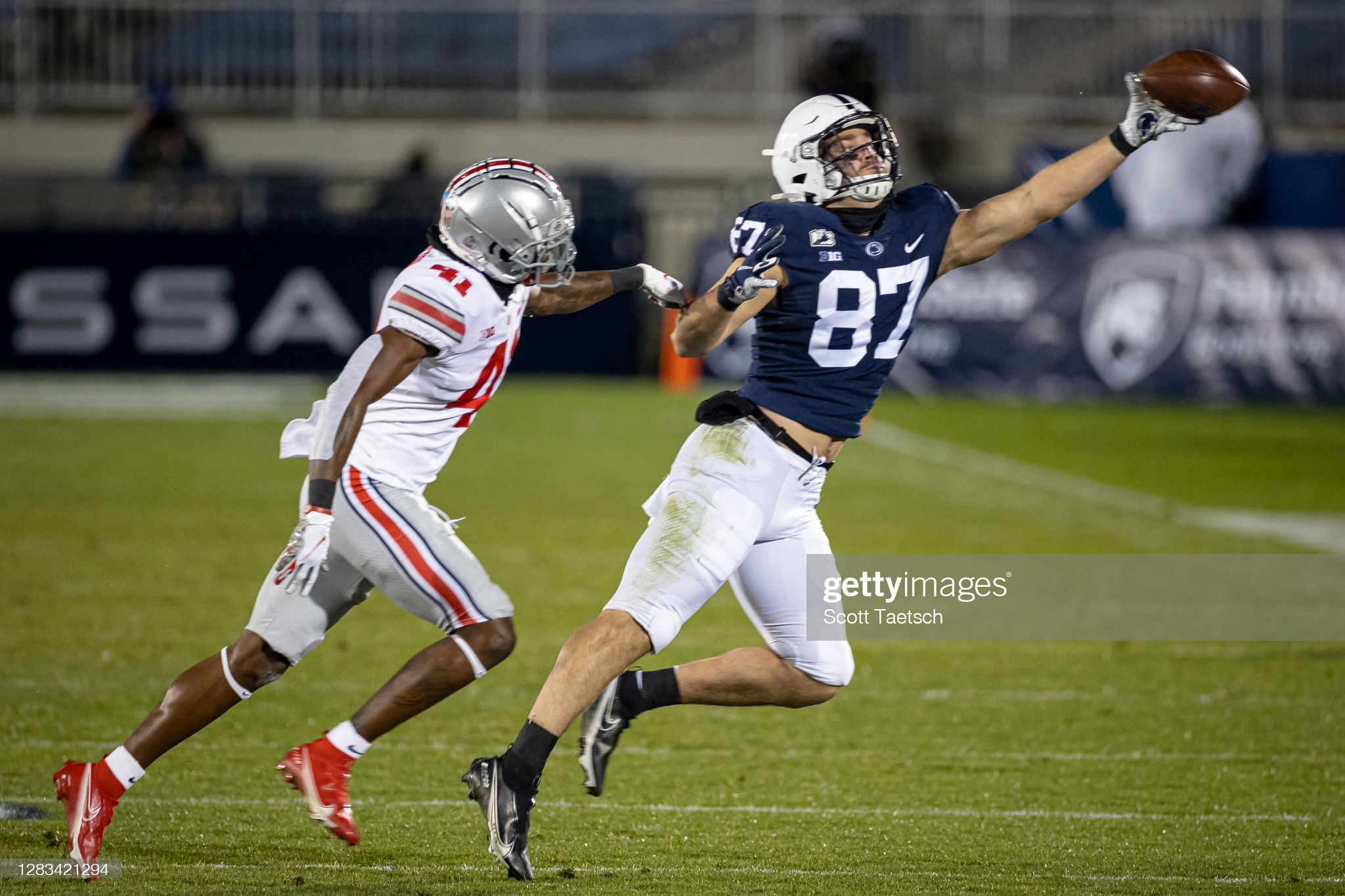 The Pittsburgh Steelers knew they had a goal of upgrading the offensive line in the 2021 NFL Draft. But given the depth at the position, GM Kevin Colbert said he felt he could wait a round or two later. And that’s what the Steelers did. Pittsburgh drafted Illinois C/G Kendrick Green in the third round. Then they followed it up by taking OT Dan Moore Jr. in the fourth round.

Colbert joined Stan Savran on Monday to discuss his thought process and why he chose Penn State TE Pat Freiermuth in the second round instead of one of the top offensive linemen available.

“Yeah, I think in Freiermuth’s case, he was someone we valued in that round,” Colbert told the show. “We thought he was a player that would fit that pick. The depth at the tight end wasn’t as good as the offensive line. And again, I think we said it prior to the draft, this was an unusually deep group at center. It was even more unusually deep at offensive tackle. So in taking Pat Freiermuth, we valued him right there regardless of the depth of the other position, we would have taken him. But in the back of our mind, we also knew that may be able to help our offensive line in succeeding rounds.”

Most regarded Freiermuth as the second-best tight end in a decent but far from great class. Investing in that position has been a sore spot for the Steelers for over a decade. Freiermuth is the first such one they’ve picked early since selecting Matt Spaeth in the third round back in 2007. Here’s the list of tight ends drafted by Kevin Colbert in the top four rounds.

Hard to believe it’s been that long of a gap. And it’s not like Miller retired yesterday. The Steelers have attempted to fill the gap with trades (Vance McDonald, Nick Vannett), free agent signings (Eric Ebron, Ladarius Green), and the occasional late Day 3 find (David Johnson, Jesse James). Freiermuth is finally the team planting their flag at the position for the long haul, for better or worse.

As Colbert said, they planned to draft him regardless of what the rest of the class looked like. But the depth along the offensive line made it an easier decision. And the Steelers feel like they got good players with Green in the third round followed by Moore Jr. in the fourth.

Both Freiermuth and Green have paths to serious playing time as rookies. Green could obviously start, needing to beat out B.J. Finney, while Freiermuth has a clear path to being the #2 based on the current depth chart.