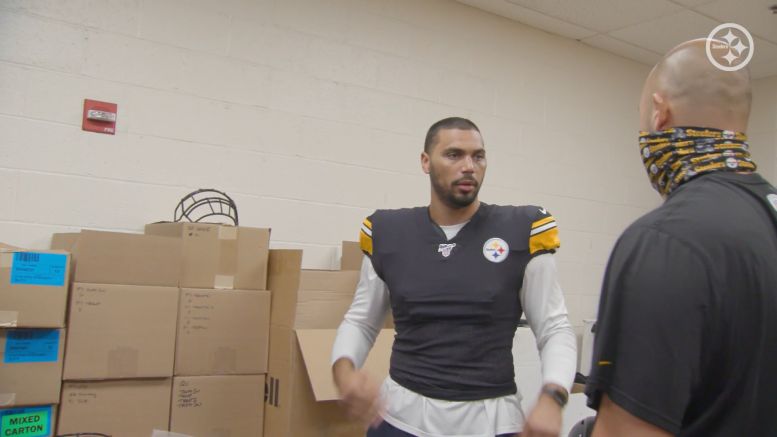 The Pittsburgh Steelers had well over a dozen players hit unrestricted free agency this year. Many have questioned their decision-making on which of those free agents to bring back, with perhaps one that has been questioned the most being the one to bring back Chris Wormley.

First acquired in March of 2020 via trade, coming over from the Baltimore Ravens for a fifth-round draft pick, Wormley was to provide depth to the Steelers’ defensive line, which had been bracing to lose Javon Hargrave in free agency, behind Cameron Heyward, Stephon Tuitt, and Tyson Alualu.

He would ultimately record eight tackles and one sack over 13 games and 148 defensive snaps played, however, and as he tells Brooke Pryor, he didn’t even expect to be back in Pittsburgh after the chaotic and unproductive year that he experienced. But he’s ready for a fresh start, with a new outlook.

Wormley went into some detail about how the entire year of 2020 took a significant toll on his mental health. He was surprised by the Ravens’ decision to trade him, which came against the backdrop of a looming pandemic. He had to move his family, including a newborn, his first, into a new city. And that was just the beginning.

“There were a lot of times where I had a piss-poor attitude when it came to feeling rejected by the Ravens, being locked down in a pandemic and on top of that, going to a new team”, he admitted. “Just a lot of stress. On top of that, being hurt, that adds a whole other level of anxiety and unknown”.

The 2020 offseason was a unique one, in that players were unable to gather with their teams until training camp, which was especially trying for those going to new teams. And once Wormley got on the field, he didn’t last long, soon suffering a shoulder injury, which he tells ESPN lingered throughout the season. Then he added a knee injury to his list of ailments during the regular season, which caused him to miss three games.

But he’s ready to put that behind him now with a new beginning in Pittsburgh, on a new deal, the first contract he’s signed with a team where he had a choice in the matter. The many trials he went through in 2020, he said “really made me challenge myself and challenge my mental health. I think it’s made me a better person”.

And he’s learning to manage that, and to use the resources available to him to grow. “There’s a lot of times when you just need to talk to somebody”, he said, “and I think even just talking to a teammate or somebody that you know has gone through a similar situation that has been brave enough and courageous enough to talk about it, I think is really important”.

I think I can say with a good degree of confidence, even without having ever been there, that the Steelers’ defensive line room is a good place to be in from that perspective. Heyward, Tuitt, Alualu, and the like, all seem to be genuinely upstanding people who see more to life than their profession.