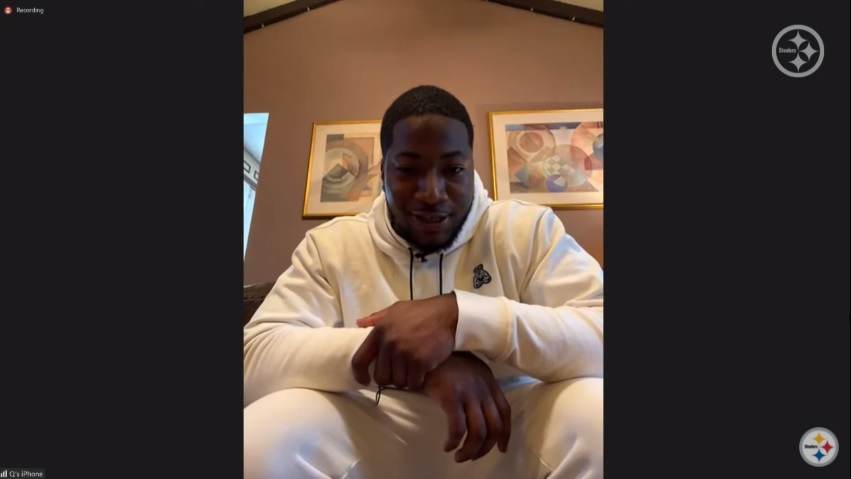 Most agree the Pittsburgh Steelers best value of the draft came late on Day 3 when probably half the fan base had dozed off into a food-induced, draft marathon of a nap. That was the 216th selection, Miami (FL) EDGE Quincy Roche. And CBS believes that’s a guy who can make an impact right away.

Chris Trapasso published a list of Day 3 sleepers who could play a role on their side of the ball immediately. Roche made the cut. Here’s what Trapasso wrote:

“There’s an opportunity for Roche to make a name for himself early in the NFL. And he has the game to do it. Pittsburgh got him on the bargain rack in the sixth round. He likely fell because of his smaller stature on a subpar workout at the Miami pro day, but the former Temple and Miami star has a developed arsenal of pass-rushing moves and plays much bendier around the corner than his measured athleticism would indicate.

In Pittsburgh, Roche can be a classic, stand-up rush linebacker, and his refined game bodes well for his ability to make an instant impact.”

Hard to disagree with any of that. Roche fell because 4-3 teams didn’t think he was big or long enough at 6’2″, 245 pounds with 32 1/4″ arms. And 3-4 teams probably questioned his overall athleticism and ability to play in space with an average RAS score of 6.38 and a near-4.7 40 time. But he’s a strong fit in Pittsburgh who has a history of turning defensive ends into outside linebackers, though it should be noted Roche has experience playing on his feet.

With the Steelers, Roche will have a clear opportunity to be part of the rotation. Right now, he’s only battling Cassius Marsh, an NFL veteran but someone who struggled last season. Granted, he was a mid-season add, a difficult transition for anyone, and will have a full offseason and preseason to prepare. But Roche could rotate with Marsh out of the gate just in the way Alex Highsmith and Ola Adeniyi did the first half of 2020. That means Roche may see 7-10 snaps a game and if he plays well, overtake Marsh like Highsmith did to Adeniyi a year ago.

Of the team’s Day 3 picks, Roche stands the best chance to help the team on his side of the ball, offense or defense. Dan Moore Jr. probably isn’t in the mix to start, Buddy Johnson will be a special-teamer, Isaiahh Loudermilk is in a crowded room, and Tre Norwood is fighting just to make the roster especially after yesterday’s Arthur Maulet signing. Pressley Harvin III could, of course, nab the starting punter job, but isn’t a lock to take over those duties.

Roche was one of just two defensive players on that list. Chicago Bears’ corner Thomas Graham Jr. was the other.