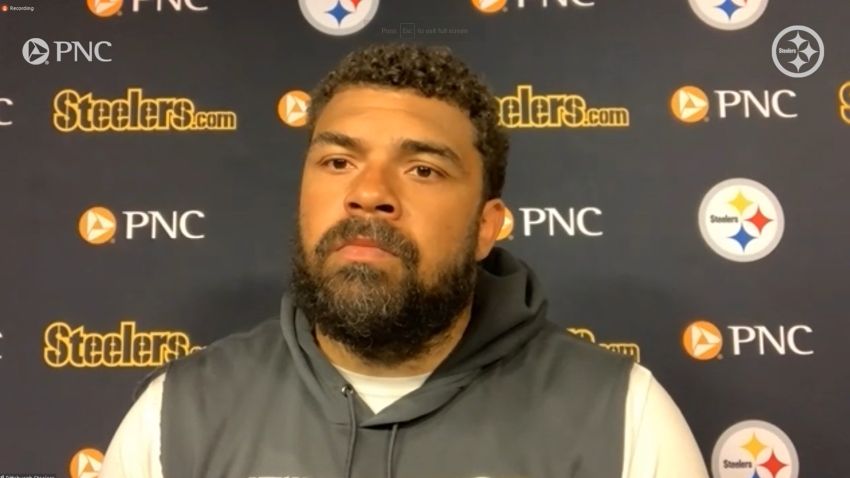 While the statement itself leaves open some room for vagary as to just how many of the players would be exercising the aforementioned right, the original intent probably represented a percentage larger than the approximately 25 that reportedly was not in attendance at today’s first OTA session, as Brooke Pryor of ESPN estimates that the Steelers have roughly 75 percent attendance.

Steelers had about 75 percent of their roster at the first day of on-field OTA work.

Per media policy, I can’t reveal specifics of who was and wasn’t here, but here’s a video of some quarterbacks throwing the ball. pic.twitter.com/Hz0iSD6OXQ

Veteran Cameron Heyward is the team’s point man with regards to the players’ union as their representative, and he has been the locker room’s mouthpiece this offseason concerning the NFLPA’s ongoing conversations about how the offseason should look. He spoke to reporters earlier today about a variety of topics, including why so many players, including himself, showed up when they previously indicated many, if not most, would not.

“We had our leadership council talk to our higher-ups—Coach [Mike Tomlin], Mr. [Art] Rooney, Kevin Colbert, and we just talked about whether it was the safety of trying to have guys who were flying across country get two [negative Covid-19 tests] to even start the process—that was one thing that was completely abolished”, he said.

“We understood that things have changed, and now we’re playing a 17th game, and our main thing was, let’s not beat our bodies up”, he added. “Let’s approach this the right way, where we have a ramp-up period where guys are learning, and guys are taking advantage of this time”.

Heyward also said that one of their priorities in moving forward was to avoid having players who chose to show up to practice against what they had claimed through the NFLPA would not be “ostracized”. He claims that a number of players that “loved being in” at OTAs, and they didn’t want to jeopardize their front.

While he didn’t go into specifics, Pryor indicated yesterday that one of the compromises the players reached with the coaching staff was that there would be no 11-on-11 drills during OTAs, and that 7-on-7 work might only come later on. They wanted the focus to be on learning, particularly for the young players.

“We’ve been able to run, we’ve been able to coach, listen, learn, and when you have those right ingredients now, I think it’s going to benefit us”, he summarized of the Steelers’ first OTA session of the 2021 offseason.

Expect more of the same over the next few weeks. It will be interesting to see how much minicamp will differ in this regard, if at all, or if they will hold off on the bulk of the ‘contact’ work until training camp altogether.