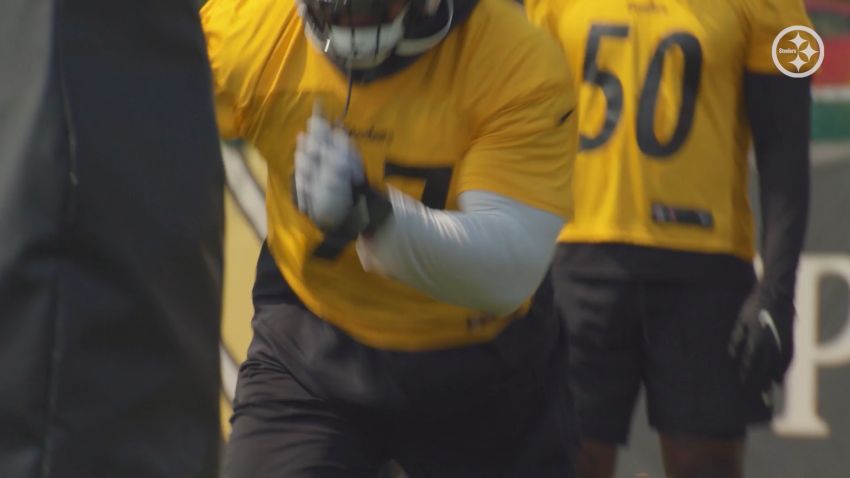 While it was news that OTAs commenced yesterday for the Pittsburgh Steelers and the other 31 teams around the league, it seemed to be that the biggest story was actually about counting heads, and taking an estimate of how many players were actually showing up.

This was following a month in which more than half of the teams in the NFL saw their players issue statements through the NFLPA saying that they or a subset of their group would be exercising their right not to participate in voluntary activities, including OTAs.

Since then, there has been extensive dialogue in probably every club between players and coaches and executives about how to organize the offseason, to reach concessions that get players to show up. That included the Pittsburgh Steelers, who had roughly 75 percent participation at OTAs opened yesterday, according to reports.

“I’m happy with the participation. Happy with whoever shows up”, defensive captain and player representative Cameron Heyward told reporters yesterday. “It doesn’t really matter who shows up. If we’re going to be here, we’re going to take advantage of this time. It’s going to change constantly. You just can’t plant your feet and say ‘this is going to happen this way’. We learned from last year that you have to be able to adapt to different situations”.

Every statement from players that was issued through the union at least invoked the Covid-19 pandemic, if not directly citing it as a primary reason that one group of players or another were choosing not to participate. But I believe for most, it’s really about the practice itself, a position the union made clear. And yet, as Heyward admitted yesterday, there are players, even veterans, who just want to be out there. And he expects everyone out there when it’s required.

“We’ll keep going. Guys are going to come in and out”, he said. “This is the voluntary period. I don’t think we’ve ever judged guys off of attending a voluntary period. When we get to minicamp, I think, we’ll have full, 100 percent participation, but I don’t really worry about that”.

There are three weeks of OTAs before mandatory minicamp follows, or at least that is the manner in which most teams choose to structure it. At least a couple of teams have actually cancelled mandatory minicamp this year after conversing with their players, but evidently that does not include the Steelers.

They already have a good share of the majority of their roster working on the field at the start of OTAs, however, and Heyward indicated that the expectation is some players will work their way in and out over the course of the next few weeks, so we could see nearly everybody on the roster participate in voluntary on-field workouts in some portion during that time.