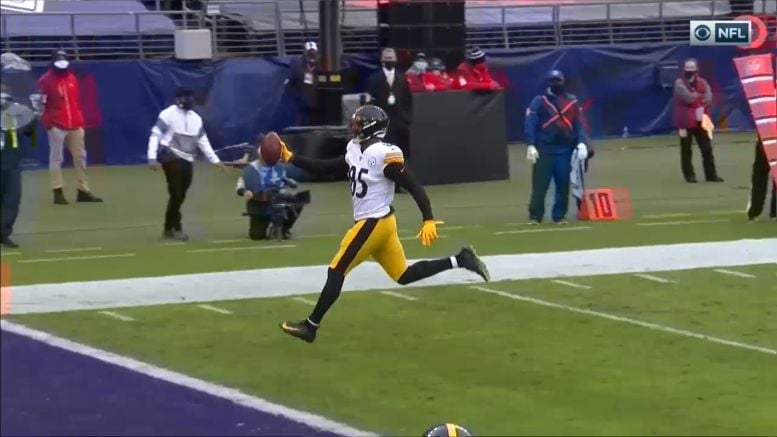 Topic Statement: Steelers tight ends will account for more than 1,000 receiving yards in 2021.

Explanation: With what the Steelers are hoping is now a pair of receiving-capable tight ends in Eric Ebron and Pat Freiermuth, it certainly puts on the table the potential for the pair — and the position as a whole — to top 1,000 receiving yards this season.

It’s only been three years since Vance McDonald and Jesse James eclipsed 1,000 yards together during the 2018 season. It’s all a matter of usage, and you don’t make the investments at tight end like the Steelers now have without the intention of making use of them.

Eric Ebron on his own surpassed 500 receiving yards last season, and I fully believe that there is more left on the bone there. I think he could relatively easily contribute a 700-yard season, with Freiermuth adding 300-400 on his own. And for all we know, perhaps this is the year that Zach Gentry is finally relevant, and he adds another 100.

While the Steelers are primarily a three-receiver offense, their desire to lean back toward something resembling balance and addressing the running game will put more two-receiver sets on the field. Some of them will be passes, and that will increase the tight end production in the passing game.

The Steelers very rarely hit 1,000 yards from their tight ends — although, another one for the buy column is the fact that they also very rarely have two who can catch. And the addition of Najee Harris, a running back who is going to take away some tight end passing targets, won’t make it any easier.

Pittsburgh targeted Diontae Johnson 144 times last season while he essentially missed three games. JuJu Smith-Schuster was targeted 128 times, a number that can go up. Chase Claypool, as a rookie during a year in which his second-half role was monitored, saw 109 targets.

That’s three receivers with more than 100 targets, and all of them are back. Claypool is only going to command a larger role. As long as these receivers are producing, they are going to be fed the lion’s share of the targets.

Oh, and the 2018 season was a bit fluky, when James produced over 400 yards on just 30 receptions thanks to several connections on busted plays that produced big yardage. His YPC prior to that was under nine yards. And spoiler alert, Freiermuth was a shallow-target guy in college.