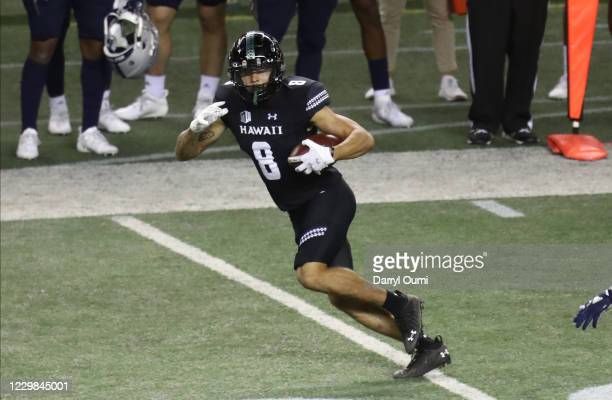 Topic Statement: The Steelers will have at least one rookie college free agent make the Week 1 roster.

Explanation: The Steelers’ recent undrafted free agent classes in recent years have been perceived to be lacking in recent years. There is more buzz about this year’s signings, which include multiple defensive backs and wide receivers in particular.

A wide receiver has a really good chance of making the 53-man roster this year when you factor in the fact that the team normally keeps six, and they only have five from last year. Ray-Ray McCloud would be the sixth and the special teamer as a return man. Both Rico Bussey and Isaiah McKoy are interesting names. Better preseason play from the quarterback position will make it easier for them to shine, as well.

Shakur Brown is another name to like out of Michigan State. The Steelers are in need of slot cornerback depth after losing Mike Hilton, and they may prefer to leave Cameron Sutton on the outside if possible. Most of their experienced cornerbacks don’t profile well to the inside. And given that their third and fourth safeties right now are Antoine Brooks Jr. and John Battle, their rookie safety pickups, Donovan Stiner and Lamont Wade, have to have a dart’s throw’s chance of making it as well.

While the Steelers did manage to unearth James Pierre at cornerback last year, that really felt like a shot in the dark as far as the team having success finding contributors, even in the late rounds of the draft, let alone college free agents. Whether it’s poor scouting or poor coaching, not a lot of them have developed lately.

There may be a lack of depth at some places on the roster, but it will be compensated elsewhere. It’s pretty much a lock that the team will have more linebackers than last year, and there are pretty good odds they actually carry seven defensive linemen from the get-go as well. Trevor Williams has a much better chance than any of the undrafted free agent cornerbacks of making the team. I strongly suspect Pittsburgh signs a veteran safety over the next few months.