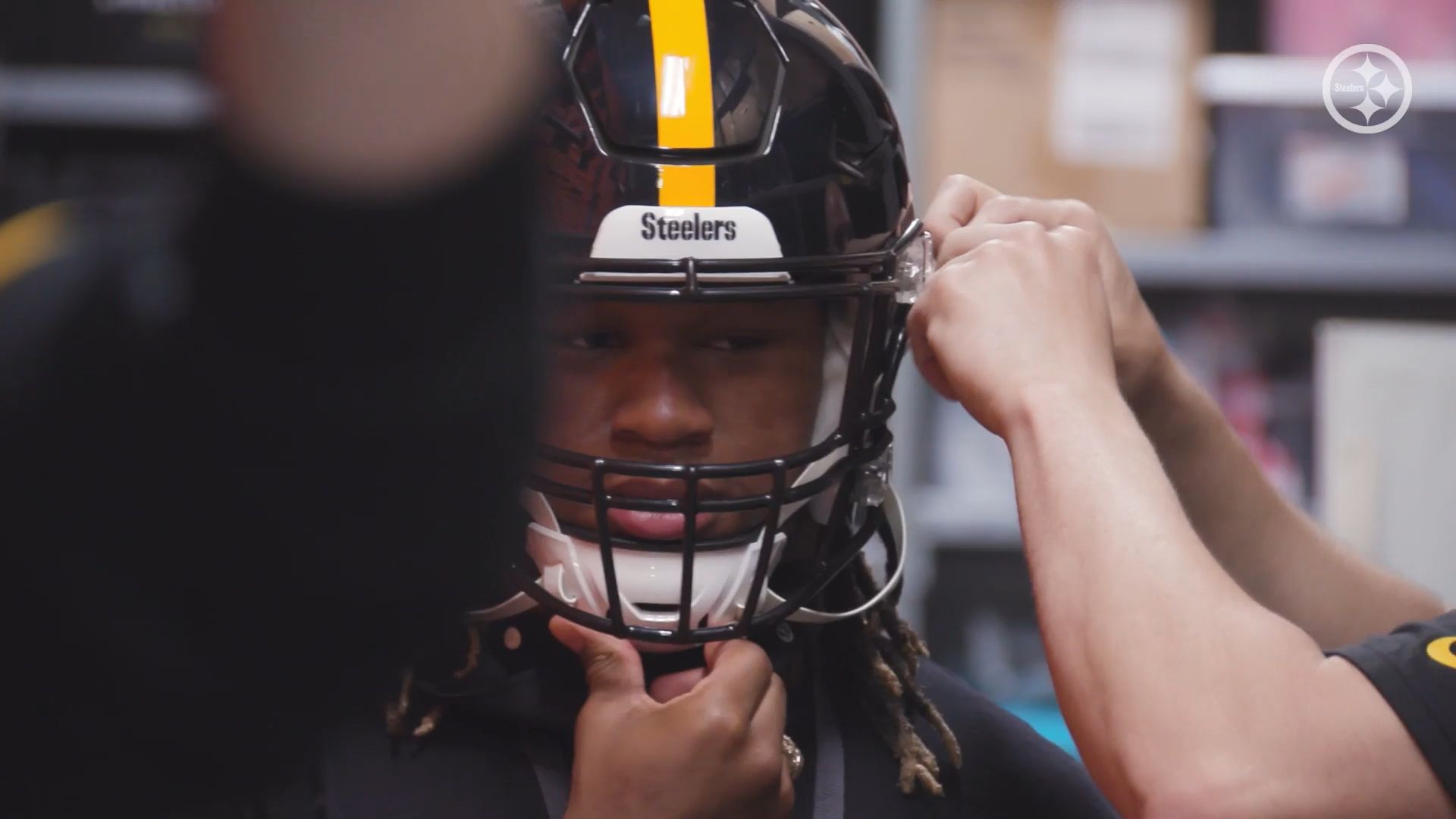 After addressing the offensive with each of their first four draft picks, the Pittsburgh Steelers first turned to the inside linebacker position when looking to the defense during the 2021 NFL Draft. That was Buddy Johnson out of Texas A&M, who comes in with the immediate mission of bolstering the depth, but with a long-term vision of seizing a starting job, perhaps in 2022.

It was always his goal, his dream, to make it this far. He wasn’t always so sure he’d get to this point — and even this far, of course, isn’t that far out. He’s still guaranteed nothing except for the signing bonus he’ll eventually receive as part of his rookie contract.

“My whole life I would think about the NFL and want to be part of it”, he told Teresa Varley earlier this week for the team’s website. “I was one of those kids who played football in the backyard. We used to play Pop Warner football. My teammates would come over and we would be in my backyard, tackling each other. We would drink water from the hose. I was always outside”.

No doubt that’s a story that many could tell. Even I can recall playing Pop Warner football, and practicing tackling in my backyard. Even I had dreams of playing in the NFL, though obviously I never tried very hard. But the point is, such a small, small percentage of those who have that dream ever put in the work, have the physical ability, and ultimately receive the opportunity to pursue it. Now Johnson is among them, and that’s remarkable, as is every NFL story, when you look at the percentages.

“It’s an exciting time, but it’s like a big weight lifted off my shoulders”, he said of being drafted. “It’s a lot more than what people see. We do this our whole life and nine times out of 10 this is the ultimate goal. When you get that phone call it’s one of the best feelings in the world”.

He told Varley that it wasn’t until he started receiving recruitment letters from colleges while he was playing high school ball that it really started to dawn on him that he could possibly really pursue the game as a career path that would take him to the NFL.

Now he’s here, admittedly on the ground floor, but with his foot in the door. Provided he continues to do what got him here, he seems a shoo-in to at least make the 53-man roster. His rookie season will be spent chasing down return men, if he’s on the active roster, more likely than not, but there are opportunities on the horizon.

Vince Williams was released earlier this offseason. When re-signed on a one-year, veteran minimum deal, it was said that he is likely to retire soon and possibly pursue coaching. That could be as early as 2022. And even if Robert Spillane takes over, he’s an unrestricted free agent in 2023.