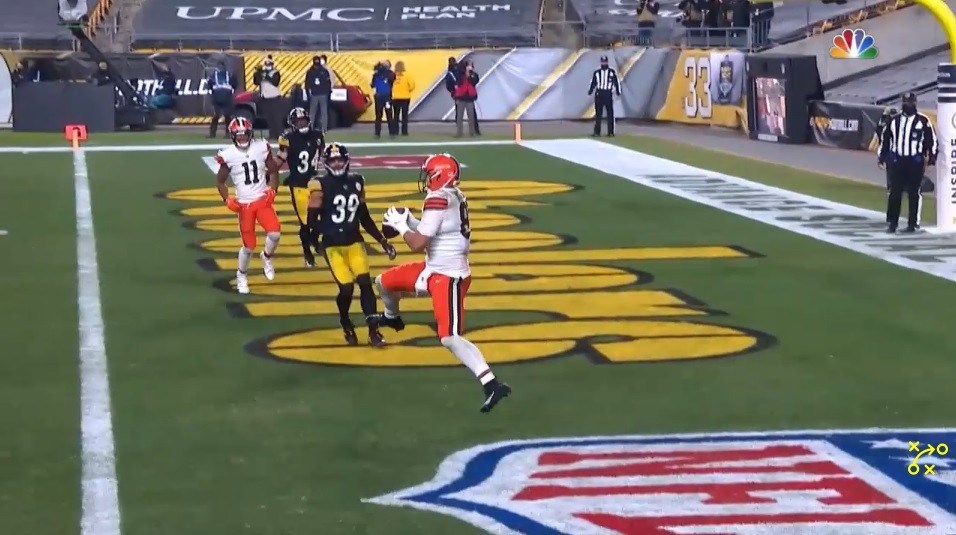 OTAs have been underway for exactly one day, and already at least one team has had an issue related to Covid-19. The Cleveland Browns had one player test positive for the virus prior to taking the practice field for the club yesterday. He was sent home, along with “several” other players who were deemed close contacts, according to Lindsay Jones of The Athletic.

This was a common sight throughout the 2020 season, though of course not at this time of year, because teams did not gather at all until the start of training camp in late July. There were no OTAs, no rookie minicamp, no mandatory minicamp, as the country was learning to adapt to the virus that continues to find ways to remind us it is not wholly gone.

In an ironic twist of fate, contracting Covid-19 saved Pittsburgh Steelers defensive tackle Tyson Alualu from returning to the Jacksonville Jaguars earlier this offseason. He initially agreed to sign a two-year contract with the Jaguars, the team who first drafted him in 2010, but was unable to travel to sign the contract and take a physical in order to make it official after he tested positive for the virus.

That extra time gave him the opportunity to reflect on the decision that lay before him—and gave his teammates time to do some more nudging—before ultimately deciding to take a bit less money to stay put, and to keep his family, particularly his children, in their own home.

Jones reports that the close contacts who were sent home consisted of players who were undergoing the process of vaccination against the Covid-19 virus, and were between their first and second shots (which implies that they were not given the one-shot Johnson & Johnson vaccine).

Nationwide, restrictions have been lifted for people who have gotten fully vaccinated. It has been reported that the league intends to alter the Covid-19 protocols in numerous ways to reflect this, including precluding those who are fully vaccinated from quarantining for coming into close contact with a positive individual.

In other words, had this incident happened, say, a month later after the players in question were fully vaccinated, and they were a high-risk close contact of the player who tested positive, they would not be required to quarantine and miss time.

Given that OTAs are just one day old, it would not be surprising in the least if we see a few more incidents similar in nature to this one around the league, as, for the first time since last season, we are having upwards of 90 players, plus coaches and staff, gathering together in groups, and in many cases, probably taking their first Covid-19 tests of the year.

Then again, I think it should be taken as a good sign that, of all the tests that must have been administered throughout the least yesterday, there was apparently only one positive. When players reported to training camp last year, there were dozens of initial positives around the league, or at least players who were placed on the Reserve/Covid-19 List, which could have been only close contacts.