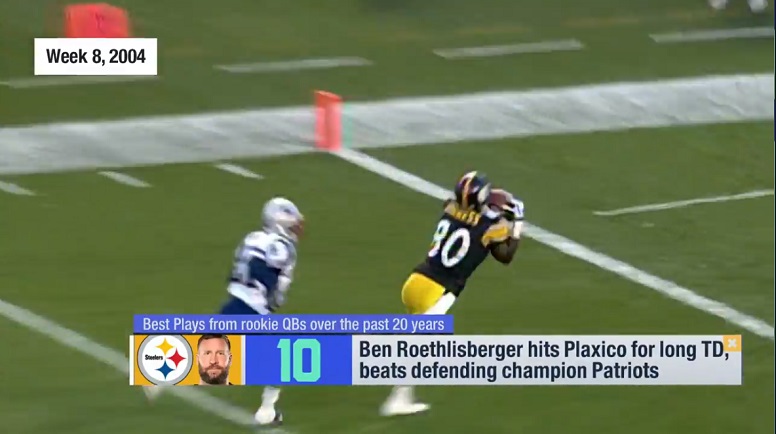 Roethlisberger, who had a fantastic rookie season that included him posting a 13-0 regular-season record, appeared at No. 10 on GMFB’s list and for his 47-yard touchdown pass to wide receiver Plaxico Burress against the New England Patriots in Week 8 of the 2004 season at Heinz Field.

The Steelers went on to beat the Patriots 34-20 in that Week 8 game and victory by them ended New England’s 21-game winning streak in the process. The Patriots, however, would get their revenge on the Steelers several weeks later in the AFC Championship Game at Heinz Field with a 41-27 win.

In case you forgot it, below is the touchdown pass from Roethlisberger to Burress against the Patriots.