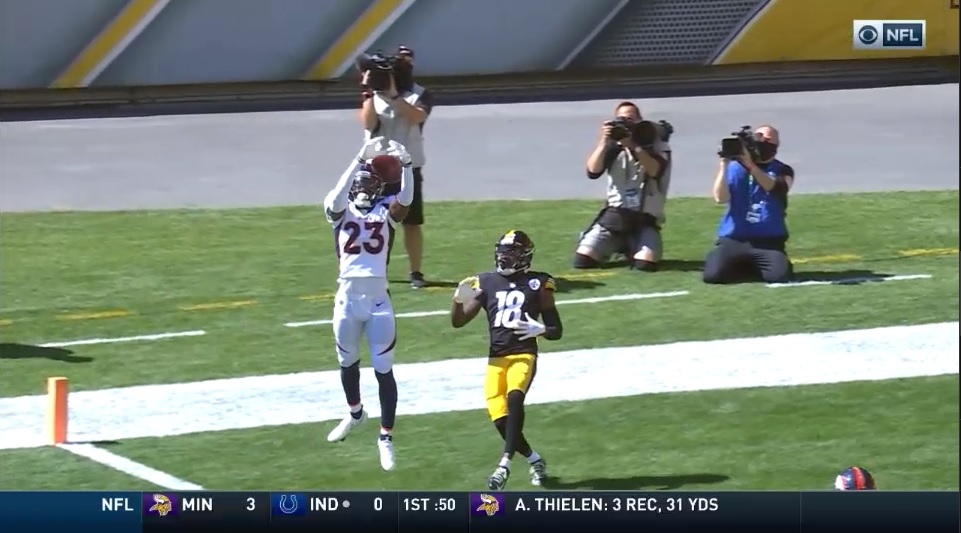 If it wasn’t for a bit of good fortune, Ben Roethlisberger would’ve thrown a lot more interceptions in 2020. That’s the conclusion of Football Outsiders “Adjusted Interceptions” study that had Roethlisberger with the most near-picks last season.

According to their charting, Roethlisberger led the NFL with ten dropped INTs, the only quarterback in the league to hit double-digits. Only three others had nine: Nick Foles, Sam Darnold, and Kyler Murray.

If we assumed every one of those near-picks would’ve turned into actual interceptions, Roethlisberger would’ve finished last season with 20. It would’ve been just the second time he cracked 20+ only behind his single-season high of 23 picks in 2006.

We don’t have all ten compiled but here’s a look at four obvious ones from this past season.

In their adjusted interceptions with near picks (and also excludes INTs due to Hail Marys, tipped passes by their WR, etc) included, Roethlisberger’s 20 would’ve tied for second most in the league. Only Carson Wentz’s 21 would’ve been higher.

Here’s a look at how Football Outsiders have charted Roethlisberger through the years.

While the study won’t sit well with Steelers’ fans, it’s useful information. It’s nice to have a stat that creates a level playing field and creates essentially an “unluckiness” stat for QBs good and bad. It’s worth noting Roethlisberger threw a lot of passes in 2020, finishing third in attempts despite playing only 15 games, so his chances of near-INTs were naturally higher.

Still, this data suggests Roethlisberger had a lot of good fortune go his way. And that he might not be as lucky come 2021. On the other hand, there’s no such thing as being “due” for interceptions. Luck is unpredictable. His 2016 season saw him with his highest near-INT rate. The next season, that number dropped all the way down to four and his INT rate stayed virtually the same (2.6% in 2016, 2.7% in 2017). Nothing “caught up to him.”

However, these numbers are all the more reason for the team to improve their running game. Something they’ll hopefully accomplish this season.