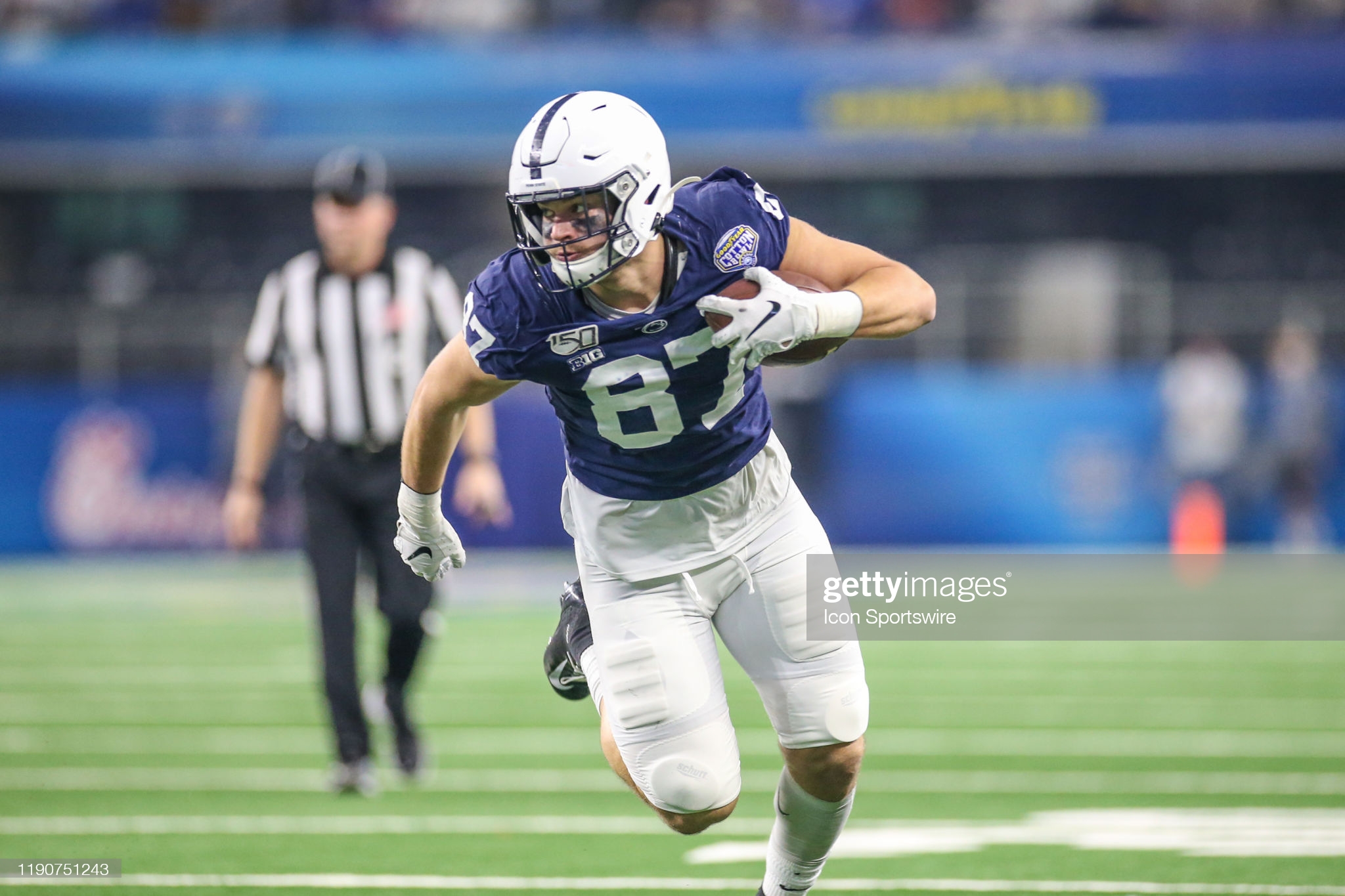 Reasoning: The Steelers used their second round pick in the 2021 NFL Draft to select tight end Pat Freiermuth out of Penn State, the highest-drafted tight end since 2005 for the organization.

It can be tough when you’re watching the draft and you’ve done a lot of planning and research. Your team is up, and you’re waiting for a particular group of names, if not one specific name, to be called, a guy you’ve zeroed in on who’s a no-brainer, and then…somebody else’s name is announced.

That’s what happened for a lot of Steelers fans in the second round this year when they ended up taking Freiermuth. Many were expecting to hear, for example, center Creed Humphrey. While it was known that the Steelers liked Freiermuth, and he was seen as being a fit right where he was drafted, it’s just not what a lot of people wanted.

But he’s here now, and he’s going to be a good player, perhaps for a long time, in my estimation. He may or may not ever become elite at any one thing, but he can do everything you could want out of a tight end, pretty much. That’s something they haven’t had in quite a while.

Pittsburgh hasn’t invested in the position in quite a while, at least through the draft. Jesse James is the most notable tight end that they have drafted since Matt Spaeth in 2007. Basically he and David Johnson.

He should make an immediate impact as a complement to Eric Ebron, and as a piece who makes the Steelers’ personnel groupings more versatile, since having him in the game doesn’t tip off whether it’s a run or a pass, whereas Ebron is very limited as a blocker.

In reality, fans have been clamoring for years for the team to bring in a tight end like Freiermuth. They just didn’t do it when they wanted them to, or in the right spot. But I think once we settle down from all of the draft details about who got here when and at who’s expense, we’ll grow to fully appreciate what he’ll bring to the table.