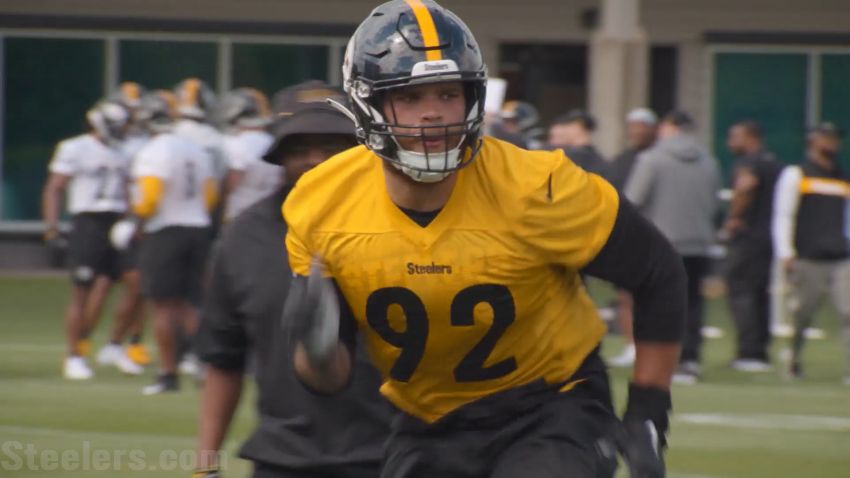 Reasoning: The Steelers selected Wisconsin defensive lineman Isaiahh Loudermilk in the fifth round of the 2021 NFL Draft, trading a 2022 fourth-round pick in order to do so.

Whenever you make a trade in order to acquire a player, it comes with heightened expectations relative to what it would otherwise be, even if the expectations should still be low. Take the case of Isaiahh Loudermilk, whom the Steelers traded what will likely end up being a mid-to-late 2022 fourth round pick to draft.

They gave up that future pick because they believe that Loudermilk represents that kind of value. But a mid-fourth-round pick doesn’t exactly come with high expectations in and of itself, either. For every Martavis Bryant or (what we’re hoping to be) Kevin Dotson, there are plenty of Doran Grants and Jerald Hawkinses and Thaddeus Gibsons.

Loudermilk has more eyes on him than there should be as a fifth-round pick, then, because of the manner in which he was acquired — and also because of the fact that many draft analysts thought that he might be better suited as a priority free agent acquisition rather than a draft choice, though that wasn’t a universally-held opinion.

As is usually the case when there is an immediately muted or even poor initial response to a draft pick, however, the attitude has evolved over the course of the past couple of weeks and gotten more nuanced as we learn more about the player and the reasons that they liked him.

It remains to be seen exactly at what weight they have him play, but it seems the team anticipates his being able to play up and down the line, something that he told reporters he did during his time at Wisconsin in college.

Of course, his first priority is making the roster. The Steelers have a deep defensive line room, and getting drafted doesn’t guarantee him a roster spot as a later-round pick. I’m sure it would go over really well with the fans if he ends up not making the team.