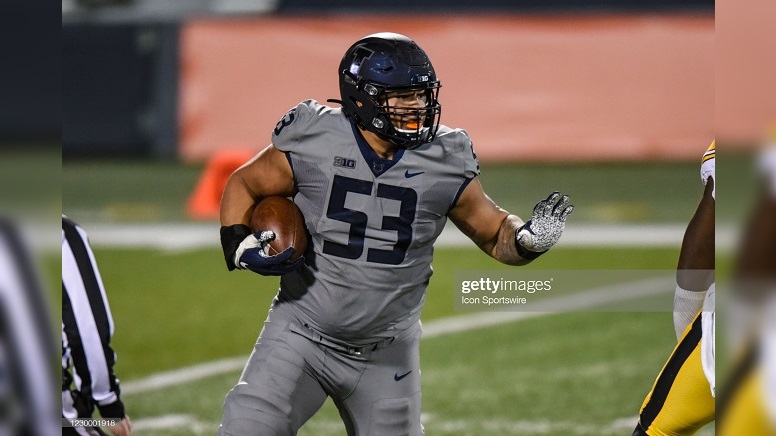 Reasoning: The Steelers used their third round draft choice to select interior offensive lineman Kendrick Green out of Illinois during the 2021 NFL Draft.

The Steelers lost three starters along their offensive line over the course of the offseason. Maurkice Pouncey at center retired. Matt Feiler quickly left in free agency, vacating the left guard position that second-year Kevin Dotson is presumably filling. Pittsburgh early on informed Alejandro Villanueva, who eventually signed with the Baltimore Ravens, they weren’t re-signing him. His replacement remains somewhat in flux, with Chukwuma Okorafor penciled in.

Then there’s center, where the Steelers are hoping rookie Kendrick Green, who has primarily played guard, can step in right away. He has already said that that is his intention, looking to start the season opener as Pouncey did more than a decade ago before him.

One thing the two very much have in common is superior athleticism, which is one of the things, naturally, that the Steelers were really attracted to in him. Another trait he shared with Pouncey sealed the deal, his aggressiveness and physicality. Unlike his predecessor, his mindset comes from having converted from the defensive side of the ball.

Green’s competition for the starting job will, at least as of now, consist of B.J. Finney and J.C. Hassenauer, a couple of former college free agent players who have served as depth for the Steelers in the past. Finney has made a dozen starts, including five at center. Hassenauer, accruing his first season in 2020, started four games, two at center.

A large percentage of Steelers fans wanted the team to draft center Creed Humphrey in the second round. Green may not even have been on most’s radar (it didn’t help that his experience at center was limited and they ostensibly don’t need a guard). It’s clear that fans have already warmed up to him quite a bit the past week and a half.