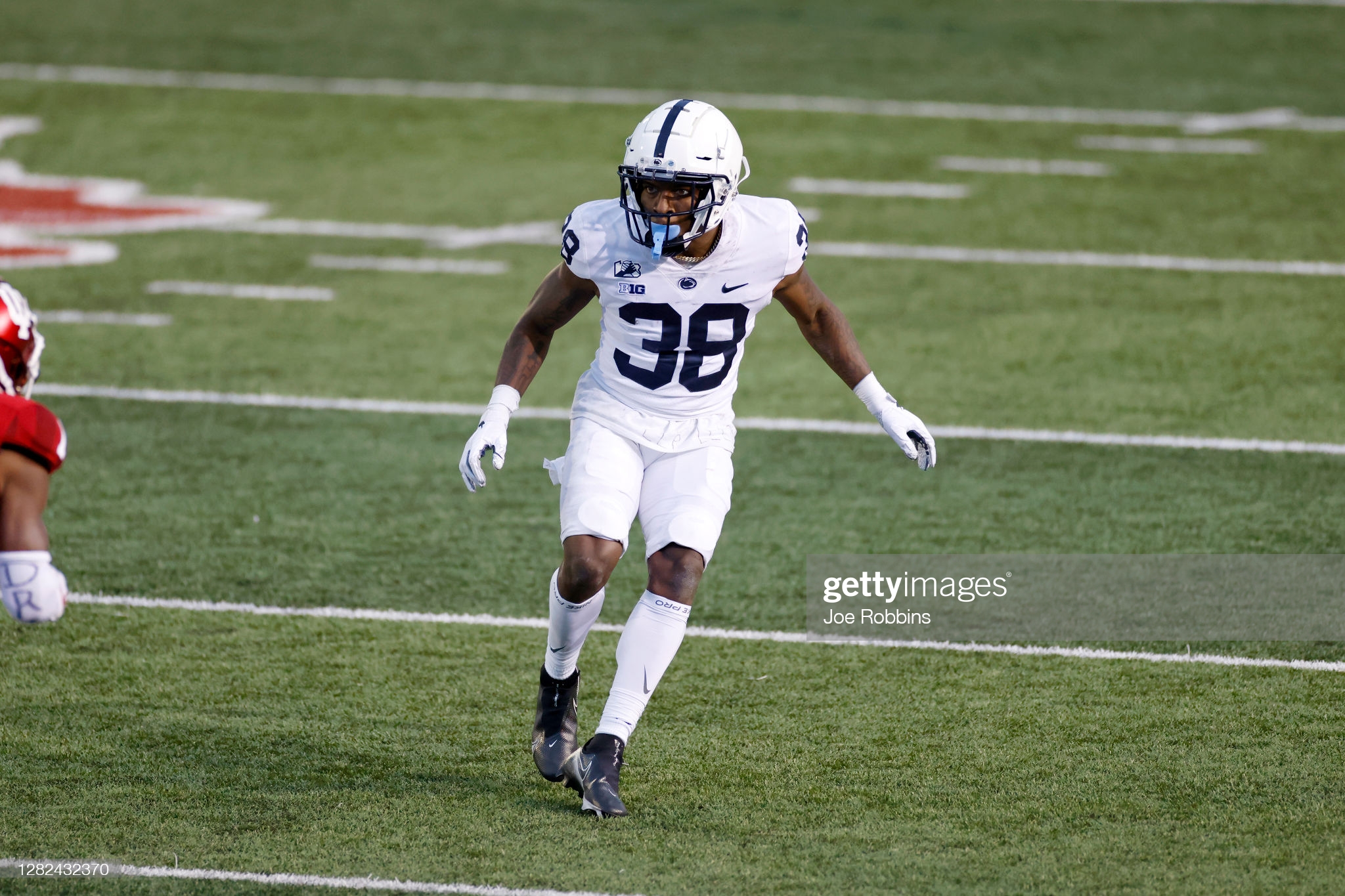 It would have been a happier journey to the NFL for Lamont Wade to hear his name called sometime during the NFL Draft itself. But the silver lining to the Penn State safety going undrafted was getting to hand-pick his destination as a UDFA. With that choice, Wade elected to bring his career back to his hometown and add to an excellent story, signing with the Pittsburgh Steelers.

Wade brings positives to each aspect of his game, most of which are rooted in his athleticism and on-field awareness. He is a fast player with plus speed and acceleration for a safety, and was used in a variety of roles with the Nittany Lions. Wade would play either side of the field in two-high sets, was pulled down to the line to play Man against slot receivers, and even saw an occasional rep lining up near the box in more of a run support role.

His primary responsibility, and the one he would fill if making the Steelers’ roster, was in Zone coverage, where Wade had some of his strongest tape. Wade’s range isn’t infinite but allows him to cover the majority of the field, and his greatest asset is his awareness of the quarterback. His eyes are constantly on the passer, and he uses that to move closer and defend the receivers being stared down.

Watch this play against Nebraska to see how well Wade (top-right of the screen) can read the QB and relocate to defend in Zone. With four receivers lined up to the right, Wade follows the Nebraska QB’s eyes every step, going from shading down to cover #11 over the middle, to picking up #1 heading upfield, and back to #11 to deliver a big hit and prevent the completion.

Wade is an undersized player in every regard. But he knows how to use his size to deliver some hard hits against far bigger players. Here is another combination of his Zone skill and using a hit to finish the play. Against Indiana, Wade is playing the left side of a two-high set, and again reads the QB as the Hoosiers throw deep down the sideline. Wade uses his athleticism to get over, and greets the receiver with a legal hit (no flag) that prevents any chance of a completion.

We stay in that game for one more example of Wade in Zone coverage. Dropping back into a deep zone, Wade shades the receiver as he drops back and watches the QB, and keeps himself in position to get up and contest the pass, coming down with the interception.

Wade’s game features inconsistency, though, in multiple areas, and we start to get into those when looking at his play in Man coverage. On some reps, Wade is glued to his receiver, and his athletic ability keeps him in-phase snap to finish. Against Nebraska, Wade is lined up against #1 on the right side. He follows him flawlessly through an out route, erasing his man from the play.

Then there’s the negative side of Man coverage, shown most prominently against Ohio State. Wade struggles defending against release moves at the line, and loses bad enough that there isn’t time for him to get back into the play.

OSU’s Garrett Wilson gets Wade to bite on an extended foot fire off the line, and gets wide open by him when Wade lunges. With a better throw, this is an easy touchdown for the Buckeyes.

A bad throw is again all that saves a touchdown, this time against Indiana. A speed release beats Wade early, and his assignment expands the gap on him heading down the field.

Wade also gets grabby in Man coverage, and will draw flags if he continues to do so in the NFL. Here is one instance against Ohio State, where Wade interferes despite playing Wilson perfectly through the rep.

And another against Indiana, where Wade (against #1) is all over his man from the start of the route.

Wade is a strong tackler in most circumstances, although he does get out of position on some plays and goes for arm tackles that are easily broken on others.

His size keeps him from standing up and finishing plays with strength by himself. But his strongest skill is going low for tackles, where he can make stops without any reinforcements. Here are a pair of them, first against Ohio State where he prevents a gain, and then against Nebraska, where he positions himself in the running lane and cuts down the RB.

Those tackles came without a blocker meeting Wade, and against blocks is where Wade becomes a non-factor. He struggles avoiding them, and when engaged can’t shed even against smaller players like slot WRs. Here on two plays against Ohio State, Wade runs right to a blocker and doesn’t come close to shedding it and making contact with the runner, letting Master Teague and Wilson reach open field for extra yards. On the second play, Wade catches back up, but misses the chance to finish with a tackle.

Wade is an outstanding story, especially for Western Pa. where high school football is the lifeblood of the fall. To star for the area’s 1A powerhouse, then stay in-state as an elite prospect, and sign with your hometown team after school, is outstanding.

Regardless of team, Wade’s best initial fit in the NFL is as a special teams player. His size and struggles in Man coverage limit his eventual ceiling, but his skill in Zone and ability to leverage his size into some big hits leave open the possibilities of using him as a safety or even as a defender in the Box on certain downs.

He faces an uphill battle to make the roster, as all undrafted players do. The skills he has shown could earn him a place on the 53-man. With special teams ace Jordan Dangerfield still on the open market, there is an opening on special teams. Wade has the profile to be among the candidates to fill that spot, but he will face stiff competition to see the field for defensive snaps — against backup safeties like fellow rookie Tre Norwood, and as DB/Box players like fellow PSU alum Marcus Allen and 2020 rookie Antoine Brooks Jr.