As we’ve done in previous years, we’re taking a look at those Pittsburgh Steelers under futures contracts for the 2021 offseason. The ones who spent most if not the entire year on the practice squad, and what we can expect from them during training camp (hopefully) into the regular season.

Scales is one of a select few futures reports players with actual NFL experience. And with his current team, no less. After the off-ball linebacker room was ravaged by injuries in 2020, Scales earned a call-up to the 53 and a hat on gameday. He played in the final four games of the season, logging most of his time on special teams but picking up three defensive snaps in Week 16 against the Indianapolis Colts.

There he is. He’s wearing #40 and looks like a DB next to Vince Williams, but those are his first NFL snaps. 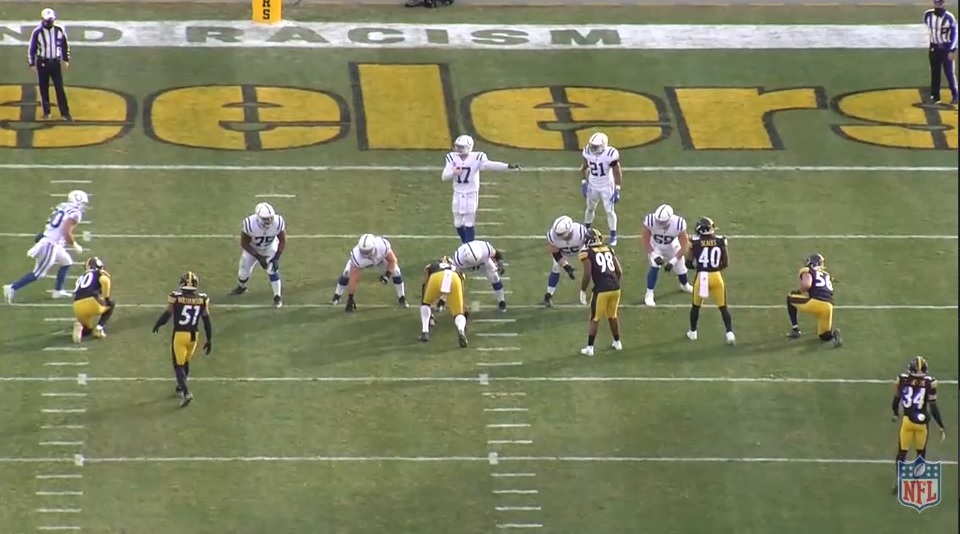 A rewarding moment for an undrafted free agent out of Indiana. Scales had a highly productive career with the Hoosiers. He finished his college career with an incredible 324 tackles, 46 of those for a loss, 17 sacks, and eight interceptions. Man sure knows how to fill out the stat sheet. His 92 solo tackles and 24 TFLs in 2016 led the entire NCAA while his 125 total tackles were first in the Big Ten. His performance that year got him named Second Team All-American, the first Hoosier linebacker to achieve that honor since 1987.

Eligible for the 2018 draft, he didn’t hear his named called during draft weekend. Despite the production, he was hurt by the two most damaging “S” words on a scouting report. Small and slow. Scales is 6’0″, 233, and ran a 4.77 at the Combine. Perhaps a hamstring injury made him appear slower than he was, his other testing limited because of the injury.

Scales signed as a UDFA with the Rams. They carried him through camp and he continued to be his tackling-machine self, 17 total tackles in preseason action. But they then dumped him at final cutdowns and opted against signing him to their practice squad. The Colts signed him for the last two weeks of December, releasing him on New Years Eve. Happy 2019 to him.

But Pittsburgh turned his year around by inking him to a futures contract on January 4th, 2019. Same story. Nine preseason tackles, a fumble recovery, but the “turk” still asked him to bring his playbook and meet with Coach Tomlin by summer’s end (aka, you’re about to get cut).

“Tegray Scales: Got some work with the second team (following the starting ILB rotation, of course) but fell down pretty quickly after Spillane impressed early on. He’s not a total liability, but there’s no standout trait here either. Better against the run than he is in coverage. His lone camp INT came off a tipped pass.

Scales was taken in the ninth round of the XFL Draft by the Dallas Renegades. When the league folded at the start of the pandemic, he was out of a job. But he stayed on the NFL’s radar and Tampa Bay gave him a shot in October, carrying him on the taxi squad for two weeks. These are the stories you don’t hear about from NFL players. For a small fraction, it’s glitz, glory, and multi-millions. For many others, like Scales, it’s bouncing around from job to job, never getting too comfortable with where you’re at.

With Pittsburgh on the verge of asking Jack Ham if he had anything left in the tank, losing player after player to injury, Scales was added to the practice squad in mid-November. He was elevated from the practice squad to the 53 for games against the Bills and Bengals, and then officially signed to the 53 for the final two weeks. As the linebacker room got a little healthier, he was waived the day before the Steelers’ Wild Card loss to the Browns. Pittsburgh gave him a futures deal right after the season ended.

That’s a bumpy ride over the span of a couple years. But Scales has at least gotten over the hump. He’s been on the main roster, earned a helmet, grabbed a cup of coffee playing on Sundays. His chances of getting back there in 2021 will probably require more injuries. Especially after the team re-signed Vince Williams and drafted Buddy Johnson. It’s hard to see him making the 53 out of camp. The best he’s likely to do is practice squad and stay in the building for another chance at a call-up.