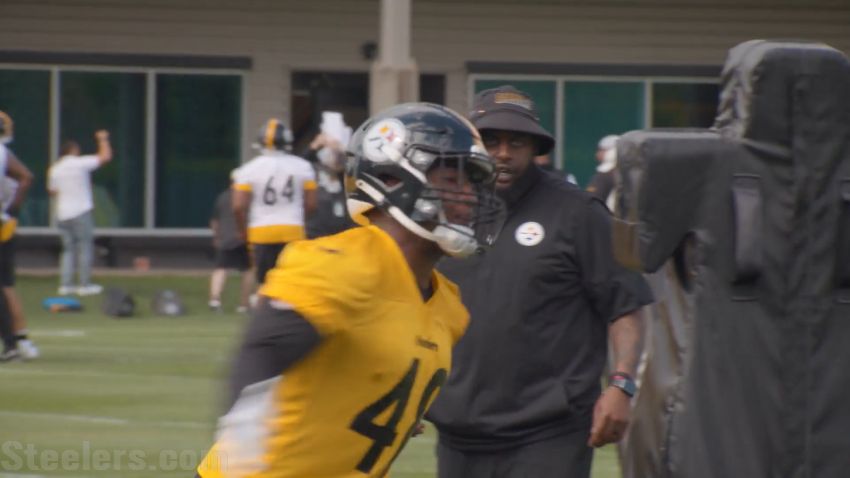 Question: Will Cassius Marsh or Quincy Roche (or somebody else entirely) be the Steelers’ third outside linebacker?

Whether or not the Steelers had substantial depth at outside linebacker in the post-James Harrison era really depends upon your opinion of Anthony Chickillo. Last year, they drafted Alex Highsmith in the third round, and he was able to come in and play well off the bat.

Now he’s entering the starting lineup on a full-time basis with Bud Dupree going to the Tennessee Titans in free agency, which means the Steelers need a new number three. They let Ola Adeniyi follow Dupree to Tennessee and didn’t re-sign Jayrone Elliott, so bringing back Marsh from last year is the only notable move they made before the draft.

They did draft an edge rusher this month, but they waited until the sixth round, finding Quincy Roche out of Temple, and later Miami. But will the Steelers put him in the position of being the number three guy right away—or at any point this year?

Will Marsh and Roche be the only significant depth that they have at outside linebacker before the start of the regular season? Could they add another veteran from the outside with more experience? Or perhaps, might somebody like Jamir Jones or Jamar Watson emerge as a sleeper contributor, the way Adeniyi himself was a few years ago, and who had everybody convinced he was the next James Harrison?