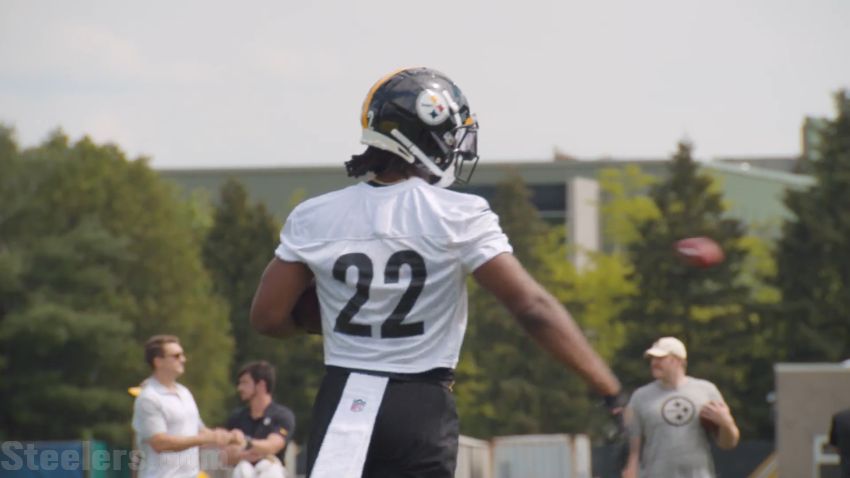 Question: How many passes will Najee Harris catch during his rookie season?

It’s very rare these days that a team would draft a running back in the first round who wasn’t viewed as having a complete skill set, which in today’s league means running, receiving, and blocking. Najee Harris certainly has that triple-threat thing going for him, and his comments during rookie minicamp certainly seem to imply that they have every intention of making full use of his receiving skills.

Since drafting Le’Veon Bell in 2013, the Steelers have preferred to make use of the running back position in the passing game fairly liberally, even managing to produce a career-best season in that regard from DeAngelo Williams in the one year here in which he had to start 10 games. Even James Conner in 2018 caught 55 passed for 497 yards.

But this is still a team with a deep wide receiver room, and now with two pass-catching tight ends. How is the ball going to get distributed between JuJu Smith-Schuster, Chase Claypool, Diontae Johnson, James Washington, Eric Ebron, Pat Freiermuth, and Harris? That’s a lot of ‘mouths to feed’, so to speak.

At the height of his career as a receiver, Bell caught 83 passes for the Steelers in 2014 for 853 yards and three touchdowns as part of a franchise record 2215-yard season. Harris has similar potential…with an extra game to do it.